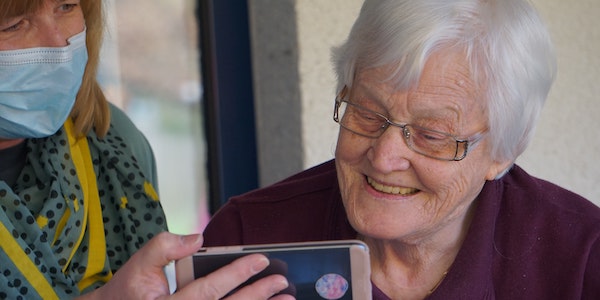 A Future for Church?

Hey you, out there in the cold
Getting lonely, getting old
Hey you, standing in the aisles
With itchy feet and fading smiles[1]

Many of us wonder about the future of church while asking ourselves some questions. One is about the attraction of an action. We’ve all stood during a service with an impossibly enthusiastic person exhorting us to “do the actions” (happily, you’re just about to have the chance to “do some actions”). Another is – if music is from here (do the actions, now ­– hold right arm out sideways horizontally) to here (do the same with left arm), how did the church end up with a musical range that’s often as limited as this (hold palms facing each other about three inches apart)?

A final one – why is it that so many services today are still so like the ones I remember going to with my grandparents, born in the days of Queen Victoria herself?

Well, things are going to have to change. COVID-19 has forced us to look over the parapet – to do church differently. Surprise, surprise, the much-feared end times (of the church, not the world) haven’t hovered into view. Technology has proved popular with all age groups. My 85-year-old aunt has got herself an iPad and mastered Zoom (which she’s sure is some kind of magic) to the point where she’s happily taking a regular part in her church’s life.

The interesting bit is that her health hasn’t allowed her to get to church in person for some years. Now, for the first time in ages, she’s fully a part of the church, and she’s loving it. She’s not looking forward to the end of lockdown because she fears that the church will just revert to what it did before, and she’ll be left once again with no way to engage. That’s the key opportunity as we look to a post-virus future. We can learn from what we’ve needed to do in lockdowns and enable a very different kind of engagement.

What’s not on the table (at least for churches that want to thrive) is “going back to normal.” We can’t pretend the last year didn’t happen and simply start doing what we were – largely unsuccessfully – doing before.

In one very large church in the central belt of Scotland, they’re not sure that they’ll ever go back to a weekly program of physical meetings. Their rapidly growing online program of engagement is reaching new audiences without losing existing ones. Before the virus they had physical services and only one group of people came to them (quite a big group to be fair). They’ve gone from having one audience to three.  The one they had before is still there meeting online in various ways, but they now have a second audience of those who were on the fringes of the church but rarely came. That group is growing with all kinds of new, unforeseen points of engagement with the church. And they’ve discovered a third audience – a large diaspora who used to go to the church, has moved elsewhere in the world, and is finding new ways to engage with it to their delight.

I’m pleased to be able to anticipate the death of the “we need a children’s worker” guilt trip. I’ve heard so many churches buy in to the misguided lie that “if we get the children, we’ll get the parents.” Even if that were true (which it isn’t), we shouldn’t be doing it. Instead of a prevailing sense that we’ve somehow completely failed in engaging with children and young people, how about a new way forward?  Churches who can afford a youth worker are starting to realize they’d be better seeking an online (or digital) pastor. Someone whose task is not to just replicate the Sunday service online. Instead, they’ll aim to open up radical ways to engage with new audiences of all ages and of all kinds because suddenly all bets are off. Sunday morning services – not necessarily. Having to wait until the mission workers come home to talk to them – why? Having to fight your way across town for a meeting – no need to.

Digital engagement will also change the governance of many churches who are currently stuck because their constitution doesn’t enable remote debate and voting. Like the church in vacancy who can’t move forward because their governing instrument doesn’t provide for anything other than people voting in a physical room. They can’t even change that bit of their constitution because to make the change they all need to vote in a room! Online isn’t everything though. It can’t replicate how we interact with each other physically. An online room doesn’t allow us to interpret tiny changes in body language subconsciously or replace what we glean from the look in someone’s eye. But it offers new engagements for new audiences, for new thinking, for new leadership, for new governance, for a new way of being church. For my 85-year-old aunt, she’s so looking forward to that, and to great new ways[2] of engaging with the church she loves but can’t ever physically attend.

MOTION was made and approved that the Executive Committee adopt the following resolution and commend it to the Alliance constituency for study and consideration:

We the members of the Executive Committee of the Baptist World Alliance, meeting at Baylor University in Waco, Texas,

Do hereby express our commendation and our prayerful thanksgiving that the Governments of the United States of America, the Union of Soviet Socialist Republics, and the United Kingdom have signed treaty to stop nuclear tests in the atmosphere, in outer space, and under water.

We note with appreciation the thorough support for this treaty expressed by President Kennedy, Chairman Khrushchev, and Prime Minister Macmillan.

We welcome the reports that 61 governments thus far have signed the treaty, and we express the hope that all other governments may a their signatures in binding agreement.

We recall the resolution urging action of this general nature adopted at the Tenth World Congress of the Baptist World Alliance in Rio de Janeiro, Brazil, in 1960.

We consider this treaty to be a definite step in the interests of all humanity on this earth under God.

We trust an pray that this step will be followed by other steps of a safeguarded, careful, inspire nature to move further toward the cessation of the arms race and to maintain a just and lasting world peace.

MOTION was made and adopted that the General Secretary be requested to send a copy of the statement to President John F. Kennedy, Chairman Nikita S. Khruschchev, and Prime Minister Harold Macmillan, and that he arrange for its release in the Baptist World, in the Baptist press, and in the secular press.

It was moved from the Chair, seconded by Rev. J. N. Prestridge, D.D., of Kentucky, and unanimously resolved to send the following message to His Majesty King Edward VII:

May it please your Majesty—

We, ministers and delegates of Baptist Churches in the United Kingdom, the British Colonies, America, and various other lands, representing over 7 millions of communicants, assembled in the Baptist world Congress, desire to express our joy at meeting in this land so dear to all lovers of religion and freedom.

We wish to express our deep appreciation of your Majesty’s labours in the cause of Peace—the prime condition of prosperity and progress.

And we desire to command commend your Majesty to the Grace of God, earnestly praying that your reign may be long and full of blessing to yourself, to Her Majesty the Queen, to the Royal Family, and to every part of your extended Empire.