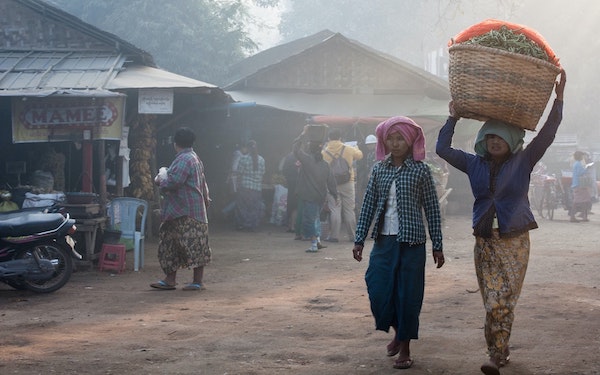 The American Baptist Churches, United States of America (USA), has had a deep and abiding relationship with Myanmar/Burma for over 200 years, beginning with the arrival of Ann and Adoniram Judson as missionaries to Burma. Today, Baptists are the largest Christian group there. The District of Columbia Baptist Convention (DCBC) is multiply aligned with national Baptist bodies in the USA, including the American Baptist Churches USA. Baptists from Myanmar came to the attention of D.C. Baptists in 1995. That year Calvary Baptist Church began a congregation made up of varied ethnic families who had moved to the USA capital area from Myanmar. Over time, these friends from Myanmar established numerous congregations reflecting at least three ethnicities: Chin, Kachin, and Karen. Most of these churches became a part of the DCBC.

The beauty of D.C. Baptists included these groups from Myanmar for more than 20 years. Today, seven percent of the DCBC churches are made up of those from the Burmese diaspora. By 2015, the leadership of the local convention recognized the yearning of these new congregations to meet spiritual and physical needs in their own homeland. Ministers, both Asian-born and American-born, established a “Burma Work Group” in 2016. The group was to focus on ministry among Baptists in Myanmar. African Americans, European Americans, Chins, and Kachins came to make up the work group, receiving some input from Karens as these had opportunity to give it.

The work group and the Myanmar Baptist Convention worked together to form a covenant relationship in 2017, in that way ensuring Asian direction within the partnership. The Burma Work Group agreed to focus their attention on the three groups they knew best: the Chins, the Kachins, and the Karens. The Baptist conventions indigenous to Myanmar provided the foci for the ministry, which the D.C. Baptists undertook. As the relationships with the Baptists in Myanmar grew, so did the number of partners for this effort. Both the Palmer Fund and the Christian Education Department of the Chin Baptist Association (Falam) began to work with the Burma Work Group and its activities.

What were the objectives of the partnership as determined by leaders affiliated with the Myanmar Baptist Convention? Three emerged. The first of these was that of disaster recovery and compassionate ministry. In the Chin Hills, water erosion caused occasional landslides which were deadly to individuals, animals, and communities. The issue in Kachin State calling for compassionate attention, like that among the Karens, was internal displacement of individuals who become refugees in their native land. A second objective was that of theological education, providing access to theological libraries and supplementing the staff of theological faculties as requested. The third focus was on the needs of the Burmese diaspora who desperately needed discipleship materials for use in Sunday Schools among children and youth. The Burma Work Group began to focus on these three objectives through their efforts and those of their partners.

While the partnership is really quite young, the work group is addressing the objectives placed before it. During 2018, the group began sending teams into Myanmar to address the compassionate ministry needs found in Chin State and Kachin State. In Hakha of the Chin Hills, the group established an experimental water conservation project at Chin Christian University. The group is currently working on a similar project in the New Hakha Division, a settlement begun by people previously displaced by a devastating landslide in 2015.

Another team went into Myitkyina of Kachin State in 2018 to assess the challenges in the Baptist refugee camps located there, especially in light of challenges to children’s education. Deep relationships have been formed out of these visits.

Discipleship among children and youth of the Burmese diaspora across the globe is a second objective. These and their families struggle with displacement and culture shock wherever they live today: Asia, Europe, or the Americas. Members of the Burma Work Group are developing a simple curriculum to address these needs. The curriculum will be distributed through the internet. This effort intends to strengthen local Sunday School teachers, and by extension, to assist teachers in the Burmese diaspora who are spread across the United States.

The focus on theological education to this point is on schools either in Chin State or Kachin State, including Chin Christian College (Hakha), Chin Institute of Theology (Falam), the Judson Bible College (Siyin Region Baptist Association), Kachin Theological College and Seminary (Myitkyina), and Tedim Christian College (Yangon). The leaders of these indigenous schools determine the subjects they desire to be taught in English by Baptists from Washington, D.C. The Burma Work Group seeks to meet these requests with qualified ministers. The students receive the instruction as well as fellowship and encouragement from the teachers. The schools in Myanmar provide gracious hospitality to the teachers visiting Myanmar. After the American teachers finish their presentations, professors and leaders in Myanmar determine the credit given for the lessons and work they received.

The work group is also linking the colleges and seminaries to digital library resources available from across the globe. Finally, members of the work group are helping graduate students in the United States who intend to return to Myanmar to minister in the area of theological education. This latter effort occurs in two ways: through encouragement with funds and emotional support for the potential teachers and in assistance with theses written in English by non-native speakers.

Clearly, various challenges have hampered this ministry over the past year. Before enumerating these struggles, one should note that relationships with the Baptist World Alliance have assisted these partnership efforts in great ways. The friendly reception and affirmation by Baptists in both countries was and is foundational to the partnership these groups celebrate today.

The second cycle of assistance to the Baptists in Myanmar was challenged as the coronavirus pandemic broke out in China and broke into the global news while one volunteer group was traveling in Myanmar. None of that group became ill, but this event was a harbinger of the disruption that the pandemic would bring. The pandemic also interrupted the training activities of the Burma Work Group working in metropolitan Washington, D.C., as well as their efforts for dialogue, planning, and development of their partnership efforts. The good news is that the work in development of the discipleship curriculum continues to move forward in the United States. Further, some Baptist leaders in Kachin State have requested training and education similar to what the colleges and seminaries received. Finally, the use of Zoom enabled a continuation of teaching in the colleges and seminaries and indeed is broadening that effort beyond local campuses.

One of the benefits coming out of the pandemic is the increased use of digital communication for fellowship, lessons, and study across Myanmar, especially for students far away from the campuses where they usually gather. While presence indeed is desired to build relationship and to facilitate Christian hospitality, Christian ministry can flow digitally, as in Myanmar, through partnership efforts by Baptists. God works in ways which often surprise us but for which we are thankful, enabling us to remain in communication with each other across the world.

Now it is clear that the Burma Work Group faces challenges of social unrest, in both Myanmar and the United States. Time will tell how this affects the work of the Burma Work Group. These challenges have led the Work Group to double its efforts in prayer and to find additional innovative ways to participate with our friends and acquaintances living in Myanmar. Social tensions may at some time interrupt communication between the Baptists of Myanmar and those in Washington, D.C. Still, D.C. Baptists will support our spiritual family in Myanmar in ways we can through individual and corporate means, for God has called us through these once-refugees – now our friends – to help people so pressed and often forgotten. We have gathered at the Myanmar Embassy in Washington, D.C., for a prayer vigil calling for peace, justice, truth, and democracy and were able to include those in Myanmar through Facebook Live. We have also engaged in political advocacy, as we have written two letters thus far to President Joe Biden calling for the USA to be directly involved in peace efforts. 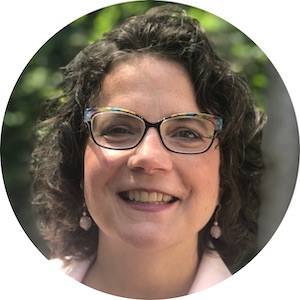 Dr. Trisha Miller Manarin is the Executive Director/Minister of the District of Columbia Baptist Convention.