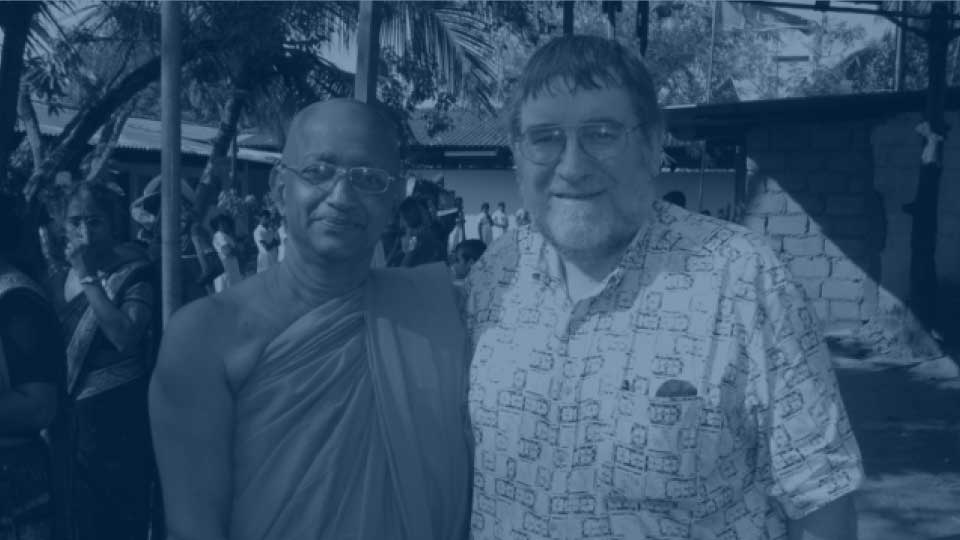 “I am deeply grateful for the partnership Paul immediately offered when I first started attending BWA meetings 15 years ago. Since then he and his wife Judith have been consistent encouragers,” said Elijah Brown, BWA General Secretary. “As I visited with Judith last week, she noted how much the prayers from friends around the world meant to her and the family during this time. The Baptist world has lost a true champion of the faith.”

Montacute’s legacy of ministry and global leadership includes many faithful years investing in the next generation, including time serving as a national youth officer with the Baptist Union of Great Britain in the 1980s and as Director of the Baptist World Alliance Youth Department from 1990-1993.

“As chairman of the BWA Youth Committee, Paul led the team that planned the landmark BWA Glasgow Youth Conference in 1988,” said David Coffey, BWA President (2005-2010) and former General Secretary of the Baptist Union of Great Britain. “It was a groundbreaking event which in many ways shaped BWA Congress Gatherings in the years that followed.”

As he transitioned to leadership of Baptist World Aid in 1993, he continued to faithfully mentor young leaders, including Bela Szilagyi, who currently serves as Vice President of Hungarian Baptist Aid.

“Paul was the first one to believe in Hungarian Baptist Aid and in our God-given dreams a quarter of a century ago. He believed God can work through a then small team from Central Eastern Europe to make a difference in the world when partnering with the wisdom and experience of Baptist World Alliance and its leaders,” said Szilagyi. “Paul not only gave space to implement innovative ideas, but through his mature wisdom, made sure that hundreds of thousands were and are helped with dignity in meaningful ways. Paul has not only been a spiritual and professional mentor who shared his knowledge and love for ‘the least of these,’ but he was a man of God who also allowed me to see his personal life. This enabled me to grow as a husband, father and follower of Christ.”

His leadership of Baptist World Aid was fueled by his unrelenting, Christ-like compassion. This was witnessed firsthand by the many whose lives he touched around the globe but also by the staff who served alongside him.

“Paul was one of the most compassionate people I have ever known. His active concern and advocacy for those in our Baptist family whose lives were torn apart by human or man-made disaster was what he knew God had called him to do and he never relented in that call,” said Wendy Ryan, former BWA Director of Communications who served with Paul from 1990-2005.

“He was a stickler for detail and process, but that was to ensure that funds entrusted to the BWA for Aid were given out without favor and properly accounted for as part of the stewardship he exercised for Baptists around the world. I traveled with him to many remote parts of the world and saw him serve Baptists in need with grace and love. The BWA could not have chosen a more suitable person to lead Baptist World Aid.”

Tony Cupit, who served as a BWA Director from 1991-2005, also affirmed the strong administrative skills that Montacute brought to the team, which were invaluable to the effectiveness of the entire BWA team.

“Paul Montacute brought a lot of wisdom, energy and personal character to the life and ministry of the BWA over more than two decades. He was a quiet man with a big heart,” said Cupit. “He brought the discipline and detail of a British public servant to our leadership team, a great complement to pastors like Denton Lotz and me. We needed the thorough analytical skills and practical commonsense that were among Paul’s strengths. He was a good servant of Jesus Christ. We will all miss him. His legacy will be remembered and appreciated both for who he was and what he accomplished.”

In recognition of his impactful ministry, Montacute was named EthicsDaily.com’s Baptist of the Year in 2005. In outlining the reason behind his selection, Robert Parham wrote about his experience traveling with him to Sri Lanka and witnessing his work with the United Nations: “I observed the breadth of his network and the depth of trust that global Baptists have in him. Baptists have for too long focused only on hunger relief work and ignored social reform, but Paul combines the two, cleaving to the biblical mandate to feed the hungry and pursue justice for the poor and dispossessed. He exemplifies what it means to be a Good Samaritan and a prophet like Micah.”

Montacute’s ministry represents the best of global Baptist leadership with a faithful love for the nations, an abiding commitment to excellence and integrity, and a legacy of longevity in living out his call.

“If anyone merited the title ‘Global Ambassador,’ it was Paul Montacute. He was a prodigious global traveler in all the continents, tireless in his advocacy for the neediest members of the Baptist family. His eyewitness accounts from disaster areas challenged member bodies to give generously to Baptist World Aid and his reports from restricted countries like North Korea addressed critical issues of human rights and religious liberty,” said Coffey. “I give thanks to God for my friend ‘Monty’ who in every respect was a big man. Paul personally fulfilled the Great Commission of taking the Gospel to all nations and is now with the Lord he served so faithfully.”

Rev. Montacute is survived by his loving wife of 47 years, Judith; their two sons Pete and Tim; his two grandchildren, Kailyn and Beckham; his elder brother John and his younger sister Ruth. A celebration of life has been scheduled for Tuesday, March 3, at 11 a.m. at:
Vienna Baptist Church
541 Marshall Road SW
Vienna, VA 22180 USA

Those wishing to share a tribute are invited to do so by visiting: http://bit.ly/Honoring-Paul. In lieu of flowers, donations to Baptist World Aid may be made in Rev. Montacute’s name at bwanet.org/give.