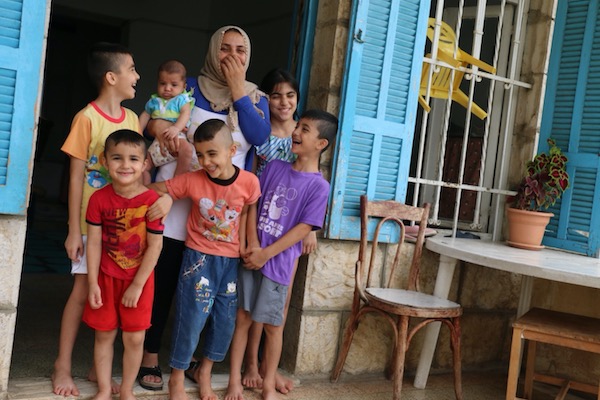 The Church Is Sharing Our Burden: The Response of the Lebanese Baptist Church to Syrian Refugees

Since the beginning of the war in Syria which began in March 2011, the Baptist churches in Lebanon have been responding to the major influx of Syrian refugees to their country. In just two years, by the end of 2013, more than 800,000 Syrian refugees were in Lebanon, a country with a population of only five million people at the time.

Before the start of this crisis, only a small number of Christians took an engagement stance with challenges facing their society. However, the sense of mission is changing in Lebanese Baptist churches. They have demonstrated a willingness to enter into the opportunities God is putting before them by addressing several key challenges, two of which include the challenge of attitudes toward an enemy and the challenge of practical logistics.

Regarding the first challenge, many church members remember the invasion of Lebanon by Syria in the 1970s. It is estimated that between 1976 and 2005, Syria had between 20,000 and 40,000 troops on average in Lebanon. Church members remember loved ones who were mistreated and even killed by Syrian soldiers. Now, the Lebanese were being asked to care for their enemies.

Regarding the second challenge, the church quickly developed an infrastructure which included seeking out dedicated people with particular expertise. They invested in the relief and community development arm of the Lebanese Society for Education and Social Development (LSESD) called MERATH – Middle East Revive and Thrive. Its mission is to empower local churches and organizations to implement relief and development projects for thousands of displaced and vulnerable families in Lebanon, Syria, and Iraq.

“We believe that it is through caring for the whole person that we best incarnate the ministry of Christ, who both fed the hungry and offered his body as the bread of life, healed the sick, and preached forgiveness of sins. It is in the context of relationship and community that our church partners are able to be authentic witnesses to our vulnerable neighbors, unconditionally serving each according to their needs.”[1]

Brother David oversees the ministry among refugees in a local church that is part of the partnership with MERATH. Every month, the church provides food vouchers to 300 households and diapers to about 200 families with babies. They also distribute blankets and winter items to around 700 households this past winter. Vocational training is also a part of their initiatives. Since the start of the COVID-19 pandemic, about 700 hygiene kits and emergency food assistance have been shared. The crises in Lebanon have continued with the aftermath of the Beirut explosion and the economic hyperinflation. Food vouchers and shelter rehabilitation are now part of the activities of response. Brother David states:

“What keeps me going is seeing the fruits of our ministry. Because we are a church and not any organization, we witness drastic changes in the lives of the people we serve – changes in their personalities and in their perspective about Christianity and Christians. But what makes me the happiest is seeing someone new give his or her life to Jesus as an indirect result of our work. And we have seen a lot of this in the ten years we have been ministering in our community.”[2]

Dalila (pictured above) is one of the recipients of the ministry of MERATH through Brother David and the church.

Dalila has seven children – two girls and five boys ranging in age from 11 years to the youngest who is only three months old. They are from the Hasakah region in Syria where they lived in a nice neighborhood, owned their own house, and lived with their in-laws. Her husband worked as a driver, and they had all they needed.

In 2013, they decided to flee Syria and seek refuge in Lebanon. Shortly after fleeing, they received news that their house had been destroyed by a bomb. A snowstorm would not allow vehicles to pass so they walked for several hours to get across the border. They went to live in one room at Dalila’s brother-in-law’s home.

Eventually, Dalila’s husband was able to find a job as a day-laborer, and they were able to rent a small room in a basement. She sold the little gold she had, all for the purpose of caring for her children.

Relatives told her about the nearby church that was helping families in need. She had never set foot in a church, but she felt very welcomed. She met brother David and other people who treated them very well and helped them with all the assistance they could. She received food vouchers, milk, diapers, and many other things. Her two youngest children still wear diapers and drink milk. She needs about two packs of diapers for each child every month and a pack of milk every two days for the older one. Sometimes she leaves her 1.5-year-old daughter without diapers during the day so she can save some. “Brother David thinks about us every time the church receives diapers!”

During this pandemic, things have become much more difficult, but the church continues to support them and share their burden. During the lockdown, her husband had to stay at home and could not work anymore. The price of food, milk, and diapers has increased greatly because of the devaluation of the Lebanese pound, and paying rent is more difficult since there is so little work.

Dalila is very thankful for Brother David and for everyone who has given to make the assistance possible. She asks that we pray that the schools would reopen so her children can continue their education, that they can find more work, and that God would shorten these difficult days. 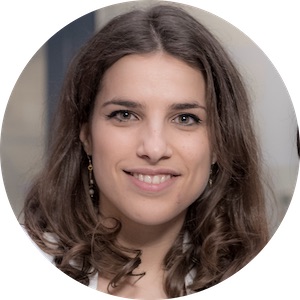 Sophie Nasrallah is in charge of Communications at MERATH. Sophie graduated with a degree in Political Science from Paris and worked for several years in the communications field in France before feeling called to move to Lebanon with her husband Wissam in 2017. Sophie has two children, ages 5 and 2, and feels blessed to have the opportunity to raise them in Lebanon despite all the challenges the country is facing.