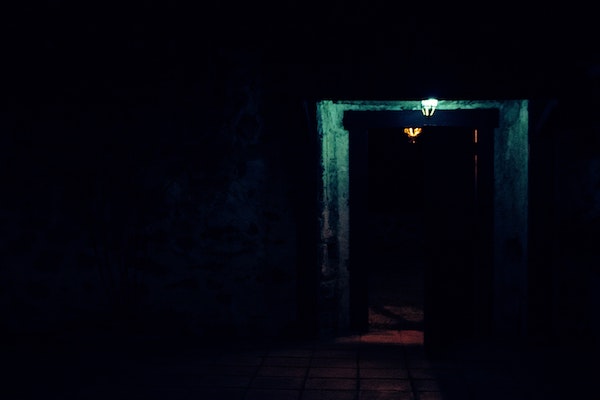 Light in the Dark, Tiny Room

It was just like any other day ­– humid and sweaty but the traffic was quiet, and the usually crowded and noisy place looked weary and deserted. The city I live in was on total lockdown due to the pandemic. Vehicle movements were restricted, and business timings were very limited. But as one in social ministry, I got the permit from the authority to extend support and help to those in need. On this particular day, I wanted to go and check out how my friends in the booze joints in the red-light areas were doing. As I walked down the small dark alley which is seldom noticed or used by many people, I saw one woman I know with a broken leg seated in this small joint overcrowded by men. There was no social distance, no masks, and it looked like these people were not bothered by the pandemic.

The woman I met usually worked as an entertainer/server there. But I hadn’t seen her for quite some months, so when I asked where she had been and how she was, she told me how she had broken her leg and had to go back to her family for help. We continued our conversation, and I could feel all eyes staring at me. Some stopped drinking and others kept smoking. The smell of the smoke, the booze, the sweat, as well as the smell from the drainage just outside was so strong that it was making me feel sick. I saw this look of “get out fast” in the eyes of the joint owner and the playful looks in the eyes of men. No one asked me to sit and the room was so small and packed that I was literally standing just by the door. My head told me to get out from the place as quickly as possible, but my heart told me something else. In my heart I felt strongly I needed to pray for this friend. I saw that need, that longing, and that desperation for prayer, love, and acceptance in her eyes. It was then I chose to listen to my heart.

I silently prayed to God for courage and then asked all the people in this packed tiny room if it was okay to pray together. I then saw this “What?” look in the eyes of some, but many said in unison, “Okay, we are very happy.” Then, all of a sudden, this tiny dark room environment changed. Some took off their hats. Some pushed their glasses aside getting ready for prayer. Some threw away their cigar. Some took out the tobacco they were chewing, and in a few minutes, everyone was ready to pray. The lady who is the owner of the booze joint, to my surprise, stopped what she was doing and happily said yes for prayer. It was magical as we prayed together. Prayers were heard in different languages loud and clear. We all forgot we were in one dark room in one of the darkest areas of the city at a very difficult time. Many of the prayers I didn’t understand, but I heard many mentioning COVID-19. I knew it was from their heart. I was tempted to open my eyes and see them and I did. I had never seen anything like it. A few security staff on patrol stopped to see what was happening for prayers from a place as this is never expected. These same men will start drinking, smoking, gambling, speaking abusively, looking at women lustfully and so on, but I saw one thing in common in each of them – their desperate need for God.

It was so evident that the people in the room needed Jesus as much as I do. After the prayer, it was amazing to see each of them trying to get out from their tight corners and shake hands just to say, “Thank you.” I didn’t ask them anything. The only thing they asked me was why I was there. I told them that I work with people in the red-light areas and in the streets, and I just came to check if they were okay and hand over some basic essentials. To my surprise, each of them took out some money and placed it on the table and gave it to me, asking me to help a family really in need. I knew they would be disappointed if I refused. So I humbly accepted and also asked them if they wanted to assist me in the distribution. Two of them agreed to help me. I handed a mask to each of them and walked out. I could see a grateful look in their eyes saying, “Thank you for not being judgmental, not preaching at or teaching, but being accepting and loving them as they were and considering them worthy to pray together for a friend in need of prayer.” All this happened just standing at the door.

As I walked out, I was asking myself, did that really happen? What a delight to be his light! I may never get to meet those men again, but I know well in my heart that for many the meaningful fellowship we had in that tiny room will remain one beautiful memory. My heart also tells me that out of the many men there, one or two will remember that day as their last one there as they have seen, understood, and accepted the need for Jesus in their lives.

All through the lockdown as I go out to serve and see and meet different people, I am always overwhelmed by the great need and how limited we make ourselves because of fear. This pandemic has taught me all the more that as the Church, we cannot just wait for people to come to us. It is even more evident today that we need to take the Church out to the world – to those dark alleys and tiny rooms. The Church has done much, is doing much, but there’s a pressing need to do more.

“The harvest is plentiful but the workers are few. So, ask the Lord of the harvest, therefore, to send out workers into His harvest field.” Amen.

The General Council of the Baptist World Alliance, meeting in Harare, Zimbabwe August 6-9, 1993,

GIVES THANKS TO GOD for the missionary vision of William Carey and rejoices in the celebration of the 200th anniversary of his arrival in India;

RECOGNIZES his contribution to the development of Christian missions through achievements in Scripture translation, establishing churches, education and his fight against all that violated the rule of Christ.

GREETS Baptists in the subcontinent of India on this anniversary, commends their faithfulness in mission across two centuries and assures them of its prayers in support of their future witness.

The General Council of the Baptist World Alliance meeting in Durban. July 5-11,1998
REGRETS the recent nuclear testing by India and Pakistan that has led to renewed global concern

about nuclear proliferation;
DEPLORES the failure of the world’s other nuclear powers to effectively discourage the spread of

no-first-use policy and vigorously pursue efforts to reduce and eventually eliminate all nuclear weapons; and

URGES Baptist Unions and Conventions to encourage their respective national governments to work for the eventual elimination of all weapons of mass destruction.