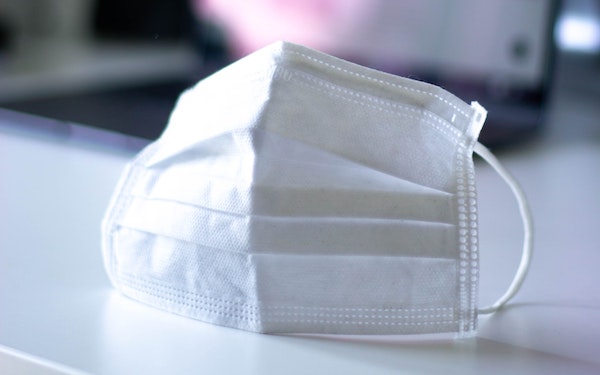 The first months of 2020 posed an unexpected challenge to churches worldwide. A quick-spreading virus turned into a global pandemic, forcing individuals and churches into an indefinite period of isolation and what came to be known as “social distancing.” As a result of the measures introduced by governments, churches in various countries were forced to rethink their role as well as the way they carried out their functions. For many, this meant developing a stronger online presence and finding new and creative ways to engage their congregations and reach out to non-believers.

This unprecedented situation brought about multiple questions. What does a Christian response to a global pandemic look like? How is the church to make sense of the situation and its role within it? Are we to hope and pray for things to go “back to normal?” What does the Bible have to say about this? Although Scripture does not provide an account of heroes of faith persevering through a global pandemic, there are multiple instances of people going through hardships and God doing amazing things through adversity. A certain pattern emerges through examining some of these instances.

One of the first accounts in the Bible that portrays people wishing to go back to normal is found throughout Exodus. Having been rescued from slavery and century-long oppression, the Israelites find themselves in a place where they need to fully trust and rely on God. This turns out to be challenging as they are led far from anything they previously knew. They cannot provide for themselves or their families simply through their own efforts, and all that is left is to wait for God’s provision and continue to follow him through the desert into an unknown land. On several occasions, they turn to Moses and the leaders with complaints, asking why they had to be taken out of Egypt and pleading to return to what was familiar and “normal.”

What would have happened if God answered their pleas and gave them what they asked for? What would Israel’s story look like if the people were taken back to Egypt – back to normal? And if the nation through which the Messiah was supposed to come was never brought out of slavery, what would the implications be for the rest of humanity? God took the people of Israel through the desert, through challenges and hardships, and led them into the land he had promised – a place of safety and abundance, a land they could call home. Their time of struggle led them through the desert and into a land of blessing that extends through generations.

A similar pattern can be found in the account of Jesus’s resurrection and ascension. It seems safe to assume that his disciples were overjoyed to see him again following the time of fear and uncertainty after Christ’s crucifixion. Many probably envisioned things going “back to normal” – that they would continue to travel the country with their rabbi, listening to his teaching, witnessing miracles, and sharing meals. How terrifying it must have been for them to realize Jesus was not “back for good” but was soon going to ascend and leave them. And if God did grant them their wish, what would have happened if things truly did go “back to normal?” If Jesus remained with his disciples and never ascended, would they have ever gone “to the end of the world,” teaching what they learned from Jesus and baptizing people? Without the ascension, would the Holy Spirit have been given to the early Christians?

After Christ’s ascension, the first communities of believers started gathering, sharing their lives, and preaching the Gospel. Persecution followed shortly after, forcing the new believers to disperse into foreign lands. Many of them probably wished that they could go back to Jerusalem and worship in peace. Yet the crisis they endured resulted in the spread of the good news about Jesus. Despite the deadly threat of persecution, the church grew and new communities were formed in places that may not have been reached for centuries if believers were not forced to move. God used the terrible circumstances to strengthen his people and grow his kingdom. So what would have happened if the early Christians lived in peace? What if they never had to leave Jerusalem? How long would it take for the good news to reach other lands? Where would we as the Baptist World Alliance be if these early Christians did not spread the Gospel outside Jerusalem?

The terror of a global pandemic cannot be minimized or ignored. Many have been suffering its consequences in the last year. Its seriousness calls for a solid biblical response. How do we as Christ’s body respond to what is happening in the world around us? How do we make sense of it? Do we pray and wish to go “back to normal?” Do we see the promised land that God is leading us to? Some of these blessings and miracles are already at work around us.

In responding to the needs of its community and the surrounding society, the church has employed new, creative means to fulfill its role.

The church’s calling has not changed, but the context in which it is lived out is changing.

Making the best use of the available technology, churches are becoming more accessible not only to their immediate members but also to non-believers and other Christians who may otherwise not be able to physically attend church events. As a result, relationships between churches across the world and across denominations are being created and strengthened. Christians are utilizing a variety of skills and God-given gifts in helping their churches find creative solutions, and even helping other communities overcome the situation. Many churches have discovered new ways of ministry that will benefit them and their communities even after the end of the pandemic.

Finally, being called to be a light to the world, especially at a time of uncertainty, fear and loneliness, the church has become a source of creativity, hope, and fellowship.