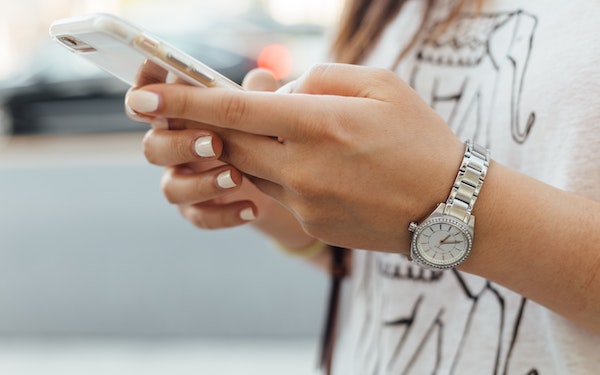 Equipping Youth and Children to Be Worshippers

The deacons and I discussed over the phone how to conduct worship services for the Sundays when we cannot gather at our church building and decided to record the Scriptural reading, a sermon, and a pastoral prayer and broadcast it for those who could watch on the internet. Since there are also those who do not have any access to the internet in our congregation, we mailed the bulletins and sermon scripts to those members so they could worship on Sunday at the same time at home.

At our church, the children’s group had just studied about worship in the children’s summer camp, so we asked them to take part in Scriptural readings for our worship videos. Their parents recorded their voices as they read the Bible, and we put that together with some captions. The deacons and I did not have enough knowledge or skills to do everything on our own, so we actively asked younger people in church to help us record sermons, add captions, and edit videos to put them on the internet.

Though the number of children and youth are very few in our church, this change of approach enabled all of them to be involved to some degree in worship preparations. In addition, there were some unchurched people who have never been to our church who now watch the video and worship. They typically had some connections to our church and watch because someone they know was involved in the project.

Although we cannot see each other in person now, our prayer is that those youth and children inside and outside our church will become the worship leaders of the future. Their relatives near and far also enjoyed listening to the voices of their little ones reading the Bible.

Upon reflection, there are three factors that seemed to have contributed to the development of worship style changes at this transitional time.

Religious Education of Children in the U.S.S.R.

56. Statements having been made by Drs. Franklin and Rushbrooke as to the position in Russia; agreed that Dr. Rushbrooke be instructed to prepare a resolution expressing support of his protest on the subject of the Russian Government’s attitude on the question of religious teaching of children. This resolution was formulated as follows:—

“That the Executive Committee of the Baptist World Alliance regrets and deplores the fact that the laws of the U.S.S.R. forbid the organized religious education of children under eighteen years of age, emphasises its conviction that such a prohibition is inconsistent with the religious freedom guaranteed under the constitution of the U.S.S.R., and earnestly trusts that this repressive legislation may at an early date be annulled.”

The General Council of the Baptist World Alliance, meeting in Nairobi, Kenya:

2. Notes that October 16 is the anniversary date of the founding of the UN Food and Agricultural Organization has been declared World Food Day.

3. Supports the proposal of BWAid that October be set aside as World Hunger Month and agrees with the following contentions:

With 15-20 million people dying from the effects of hunger each year, 40,000 each day, 28 each minute (21 of them children), half the world’s population going to bed hungry every night, 1.2 billion people without pure water, 1.6 billion without effective medical care, 12.6 million refugees, we need to hear again Christ’s statement: “As you did it to one of the least of these…you did it to me.”

4. Pleads for massive support from our Unions/Conventions, churches and individuals to do all that is in our power in both relief and development to reverse this situation which is an insult to the Creator and a crushing indictment on us all.

Furthermore, to bring pressure on those governments in a position to help to see it as a major priority in their economic planning. It is our conviction that food for the hungry can never be seen as a political weapon.

We hold the conviction that our ministry to people should be holistic, inclusive of the all important spiritual, and also of the physical and moral.

We acknowledge with joy the work of Baptist churches, associations, unions and mission bodies in ministries of health and education and would strongly encourage bold new ventures in poverty areas.

We encourage our peoples to coordinate their activities in the area of health with the work of the World Health Organization, the United Nations Children’s Fund and other international agencies which are seeking to achieve “Health for All by the Year 2000.”

We appreciate the efforts of our peoples to expand literacy and educational programs and projects so that persons everywhere may be better informed citizens and have the opportunity to read the Word of God in their own language.

Openness in the Soviet Union

Today we commend Christians in the Soviet Union, and especially Baptists, for their positive contributions, faithfully made in season and out, to their country’s morality, culture and history.

For many years the Baptist World Alliance has appealed to the government of the USSR to permit a larger measure of religious freedom for its people.

At this General Council of the Baptist World Alliance, meeting in Nassau, the Bahamas, July 1988, we:

Acknowledge, with thanksgiving to God, a widening degree of openness afforded to all citizens by the government of the Soviet Union which has licensed the printing and importation of a substantial number of Bibles and religious books and permitted Baptists to take steps toward audiovisual production;

Commend this openness and express to fellow Baptists in the USSR heartfelt and prayerful support, especially as they move toward the realization of their long-sought vision for a seminary for those called of God to proclaim the Word both to believers and unbelievers in their homeland; and

Express the hope that this liberalizing spirit will continue to the realization of a new law about freedom of conscience for all citizens, thus facilitating the availability of Bibles, amnesty for all prisoners of conscience and the implementation of constitutional guarantees in the matters of ministry and religious training, especially for children and young people.