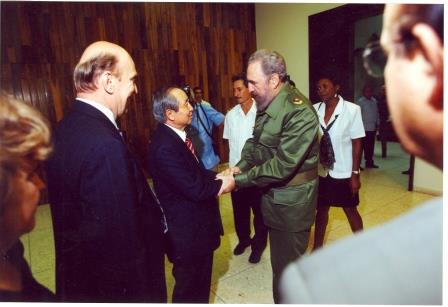 The Baptist World Alliance (BWA) has welcomed the announced changes in the relationship between the United States (US) and Cuba.

Both US President Barrack Obama and Cuban President Raúl Castro announced the easing of tensions and the establishment of diplomatic ties on December 17.

The BWA has long advocated for a change in US-Cuban relationships. It had its annual meeting in Havana in 2000. Most recently, in July 2013 in Ocho Rios, Jamaica, the BWA General Council passed a resolution asking the US government to lift its long standing embargo and other restrictions on Cuba.

The resolution urged “the US government to end the embargo of Cuba and re-establish formal diplomatic relations with the Cuban government” and to “lift all remaining restrictions on travel to Cuba by US citizens.” It stated that both governments need to “set in place a process for negotiating legitimate bilateral grievances.” 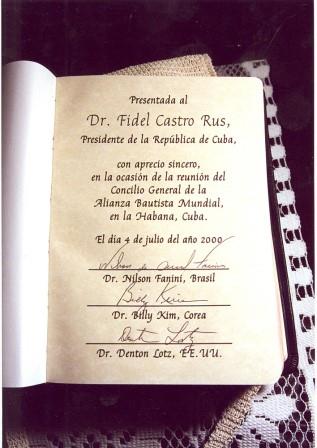 Essentially asserting that the embargo is irrelevant, the Council, which comprises Baptist leaders from around the world, said “more than two decades have passed since the end of the Cold War, and that most manifestations of that struggle have been ameliorated or abolished, except for the continuing United States embargo against Cuba begun in 1960.”

The embargo, the resolution claims, serves no useful purpose. “The interests of neither nation – nor those of the international family of nations – are served by the status quo.” Rather, “the lifting of the embargo will improve living conditions for Cubans and provide greater opportunities for commerce, education, and travel.”

In the 2000 meeting in Havana, the BWA noted “the pain and suffering endured by innocent persons as a result of the imposition of international economic sanctions” and called upon the governments “to remove economic sanctions relating to food and medicines and so contribute to human well-being.” The governments were urged “to reconsider the appropriateness of the use of economic sanctions in the effort to encourage changes in political situations.”

BWA General Secretary Neville Callam said, “On behalf of the Baptist World Alliance, and in light of the position consistently taken by the BWA on the Cuban embargo throughout the years, I enthusiastically welcome the decision to begin to normalize US-Cuba relations. The people of Cuba, including the large Christian community there, stand to benefit from this development that represents a contribution to human flourishing.”

Cuba has one of the fastest growing Christian communities in the Caribbean. The BWA has four member organizations on the Caribbean island with a total of more than 60,000 members in approximately 900 churches.