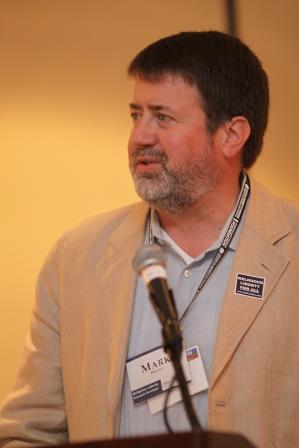 The Baptist World Alliance has reorganized the way it fulfills its mission through the United Nations (UN). The organization has expanded its partnership with the Cooperative Baptist Fellowship (CBF) to facilitate the coordination of its UN initiatives.

BWA’s and CBF’s main objective is to maximize the potential for advocacy in defense of human rights and justice through the instruments available at the UN. Their partnership has led to the appointment of Earl Marcus Wiggs III as BWA liaison to the UN.

Wiggs, an attorney at law from the US state of Mississippi, has served as chair of the Baptist Joint Committee, based in Washington, DC, and co-chair of the Religious Liberty Council, which has offices in Florida, Virginia and Washington, D.C.

Wiggs will supervise BWA UN work. This includes coordination of the contribution of the current BWA appointed representatives at the UN: Darrell Armstrong, Joseph Oniyama, Raimundo Barreto and Phyllis Boozer in New York; Ronald Shane McNary and Christer Daelander in Geneva, Switzerland, and Dietrich Fischer-Dörl in Vienna, Austria. These volunteers play a vital role in BWA’s networking and advocacy through the UN.

Since 1974, the BWA has had Special Consultative Status at the UN through the Economic and Social Council.  BWA is also a member of the Conference of NGOs, and enjoys consultative relationship with the UN Committee of Nongovernmental Organizations (CoNGO), an international membership association. The global organization has access to 41 influential NGO committees in New York, Geneva and Vienna.

The international umbrella organization for Baptists is also accredited as an NGO through the UN’s Department of Public Information (DPI), which enables it to participate in briefings and receive announcements from DPI; is a member of the Committee of Religious NGOs; and collaborates with the Ecumenical Working Group that provides a forum for common work on issues of concern to UN representatives of Christian World Communions.

In recent times, the BWA has increasingly engaged the Universal Periodic Review (UPR) of the Human Rights Council and the Office of the High Commissioner for Human Rights (OHCHR), presenting alternative human rights reports on particular UN Member States. At Rio+20, the UN Conference on Sustainable Development in Brazil in 2012, BWA co-sponsored side events and submitted documents contributing the focus of the discussions there. Through the BWA Women’s Department, it has actively participated in the annual meeting of the Commission on the Status of Women.