Thousands of Baptists displaced in Ukraine, appeal for help 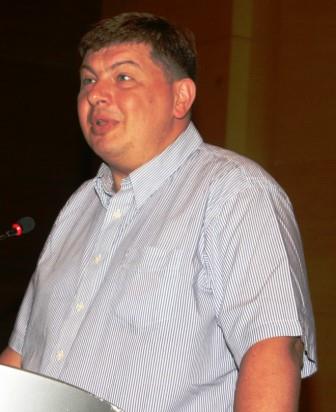 The All-Ukrainian Union of Associations of Evangelical Christians-Baptists (AUUAECB) reported that approximately 5,500 Baptists have been displaced in Eastern Ukraine as a result of the conflict in that country.

A letter received by the Baptist World Alliance (BWA) from AUUAECB gave a graphic description of life in Eastern Ukraine. It said more than 100,000 Ukrainians are displaced from their homes, with thousands more wounded. “Bridges and supply lines are destroyed. Roads and streets are blocked with checkpoints. Cannonade from explosions is heard every night. Many apartments and cars are destroyed. Tanks are plowing through the city streets.”

The BWA was told that local churches have been mobilized to provide assistance to the displaced and are collecting and distributing donations to assist those injured. Campsites are housing families and orphans. Assistance is being given to families that lost loved ones in the ongoing conflict. Health facilities operated by Baptists and other Christian groups are attending to the wounded.

Ukrainian Baptists are appealing to Baptists and the international community for donations and prayer.

An unconfirmed number of Baptists and other evangelical Christians have died in the conflicts. The Baptist Times in the United Kingdom reported in July that pro-Russian separatists were increasingly targeting evangelical Christians in Eastern Ukraine by beating, torturing and even killing them. The attacks included the killing of four Baptists who were dragged out of their church in Slavyansk in June and whose bodies were found in a mass grave in July.

“In these difficult circumstances, we are called to enhance the ministry for the sake of victory over evil and in every possible way, to help stop the war,” AUUAECB said in its letter.

A BWA resolution adopted in Izmir, Turkey, in July, “promises to continue to pray for peace and reconciliation among the people of Ukraine and their political leaders, and to support our brothers and sisters in Christ in Ukraine in the challenging days to come.”