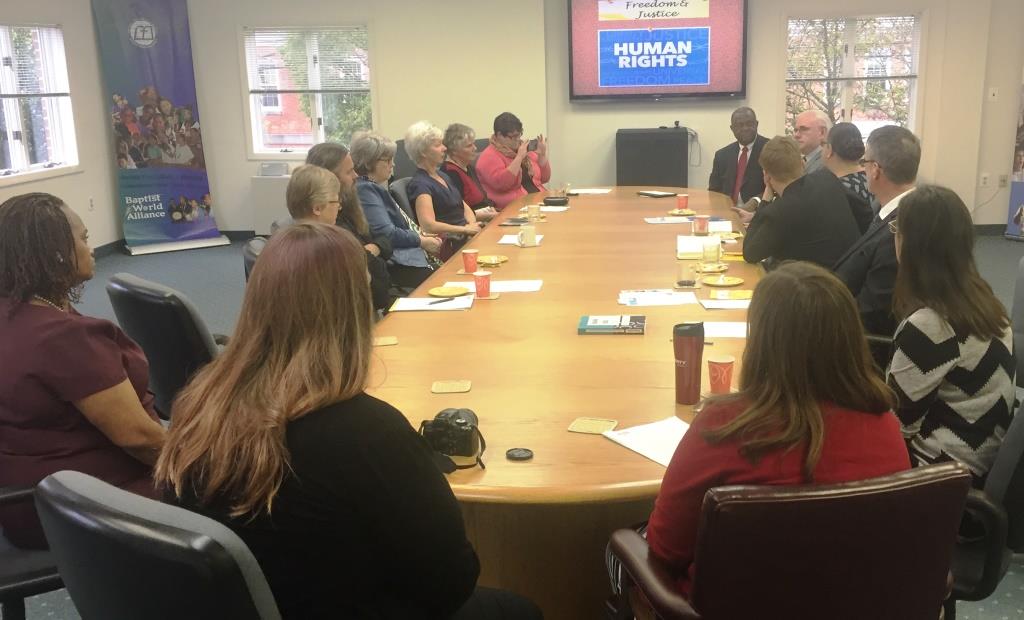 The Baptist World Alliance (BWA) welcomed an eight-member team from the Commission for Government Support for Faith Communities in Sweden (SST) to its international offices on October 7.

SST is a government agency that provides support for faith communities, enabling congregations to work actively with long-term focus on worship, education and spiritual and pastoral care.

SST was particularly interested in BWA’s involvement in justice issues. BWA staff, led by General Secretary Neville Callam, offered a summary of the BWA’s work through its seven freedom and justice commissions as well as its involvement in the United Nations, human rights visits, representations and advocacy and recognition through its human rights awards.

The work SST does is particularly crucial at this time as Sweden has taken in the second highest number of Syrian and other refugees among countries in Europe. Christian churches, including the Uniting Church in Sweden, which includes Baptists, are playing a critical role in the care and settlement of these refugees.

As recently as September, the government of Sweden allocated the rough equivalent of some US$4 million “to civil society and religious communities to strengthen their activities that focus on asylum seekers, and for the introduction of new arrivals.”