The Sava and Danube confluence in Belgrade, seen during Sava flood from Kalemegdan Fortress, Belgrade in May 2014

Baptists in Serbia are appealing to the worldwide Baptist family for assistance after deadly floods affected large parts of Southeast Europe.

Heavy rainfall between May 14 and 17 caused heavy flooding and landslides, killing at least 62 people in several countries with hundreds of thousands left homeless. Serbia and Bosnia and Herzegovina suffered the greatest damage with Croatia, Romania and Slovakia also affected. 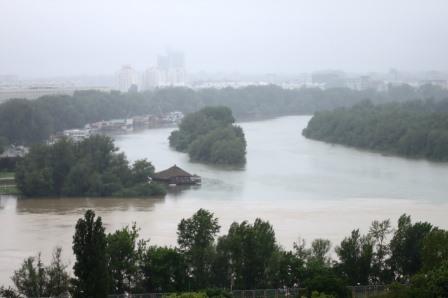 “Many are suffering,” wrote Ondrej Franka and Dane Vidovic, president and general secretary, respectively, of the Union of Baptist Churches in Serbia. Franka and Vidovic told the Baptist World Alliance that rivers flooded “many cities, towns and villages.”

Baptists have not been spared. “Believers from the town of Obrenovac have been evacuated and came to the Baptist church in Belgrade where they will live until their houses are made livable again,” Franka and Vidovic  said. The houses of a pastor and church planter were flooded out.

The Serbian Baptist leaders appealed for financial assistance and for food, water, hygienic packs, diapers, blankets, beds and linens. “This is a great opportunity to help Serbia and show the people and especially authorities that God cares.”