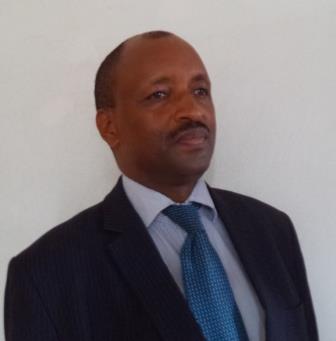 The award, presented every five years, will be given in July in Durban, South Africa, where the 21st Baptist World Congress, the first in Africa, will be held.

Munyamasoko, who has dedicated his life to peace and reconciliation and fighting the stigma associated with HIV and AIDS, was born in exile in what was then Zaire, now the Democratic Republic of the Congo (DRC), to refugee parents who fled Rwanda in 1959 when outbreaks of ethnic violence shook regions of the country.

While working as a teacher in the DRC, Munyamasoko joined other youth leaders to bring various factions together, helping to overcome national rivalries and ethnic differences between Rwandans and Congolese, restoring harmony and reducing interpersonal conflicts.

The 1994 genocide in Rwanda was a turning point for Munyamasoko and his family. The arrival of genocidaires from Rwanda (those who committed genocide in that country) led to killings of Tutsi people in the DRC.

Munyamasoko and his family returned to Rwanda to participate in the reconstruction of the country. Munyamasoko had connections with the Association of Baptist Churches of Rwanda and was appointed as a high school principal in a region that bordered the DRC.

Armed genocidaires made regular incursions across the border from DRC into Rwanda. On one occasion the entire student body of a nearby boarding school was killed. Munyamasoko and his wife, Anne-Marie, opened their home to accept genocide orphans as their own children.

Pastors of the AEBR recognized Munyamasoko’s leadership gifts and elected him deputy general secretary of the denomination. His responsibilities included pastoral duties in a congregation, regional church leadership and oversight of 51 schools.

Munyamasoko was convinced the future of Rwanda depended on building a culture of peace among young people. The majority of adolescents had witnessed acts of violence during the genocide. Some students were Tutsi survivors. Munyamasoko launched peace and reconciliation clubs in each of the secondary schools under his jurisdiction and appointed school chaplains.

He was appointed director of development ministries of the AEBR and participated in integral mission, training that combined the disciplines of community development and biblical theology. While working in this position, he developed regional initiatives that assisted Hutu and Tutsi participants to understand the causes of the genocide, to seek and to extend forgiveness, and to build relationships based on the principles of justice, mercy and faith.

With the assistance of a colleague, Laurena Zondo of Canada, Munyamasoko launched a peace camp movement in 2010. The peace camps bring young women and men together from various provinces in Rwanda. Over a period of one week, participants form an intentional community of equality, respect, creativity and dialogue. At each camp, Munyamasoko leads the group to consider the painful background of Rwanda’s ethnic divisions. Peace camp participants engage in music, drama, art and poetry that help to bring healing and reconciliation. These camps have received government recognition for their impact.

Munyamasoko’s commitment to peace has not been limited to Rwanda. He works on both sides of the DRC-Rwanda border. During times of tension between the two countries, Munyamasoko met with church leaders and congregations in the DRC. He visited and worked with Kenyan church leaders after the 2007 election violence that shook that country. Munyamasoko later returned to Kenya to assist churches to prepare to act as agents of peace and to offer places of safety in preparation for the 2013 national elections.

In his fight against stigmatization of those who suffer from HIV and AIDs, Munyamasoko said, “As a human being but also as a pastor, I have always been touched by the stigmatization of HIV/AIDS infected and affected people in our churches, and since then I initiated an anti-stigmatization campaign among pastors in AEBR.” Pastors are trained to become role models for those who are caregivers, a campaign which Munyamasoko claims to have had great success. Stigmatization, he asserted, “is no longer an issue in our congregations.”

In 2013, Munyamasoko was elected general secretary of the AEBR, a position in which he now serves.