Baptists continue assistance to refugees in Europe and Middle East 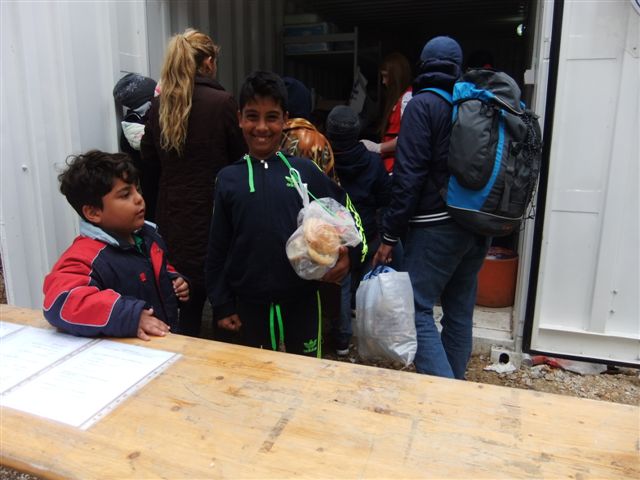 Baptist World Aid, the relief and development arm of the Baptist World Alliance (BWA), has distributed more than US$65,000 in emergency refugee support in Europe in the month of September.

In addition to Germany, Hungary, Sweden and other European nations, Baptists in Serbia and Croatia are providing aid to some of the thousands of refugees that are pouring into these countries.

Dane Vidovic, general secretary of the Union of Baptist Churches in Serbia, clarified that refugee assistance has been given by Serbian Baptists over the past three years “because refugees from those countries are passing through Serbia all that time.” However, the situation has intensified over the past several months as refugees “are coming in hundreds and thousands. The situation became desperate, and we have intensified our involvement.”

Most refugees passing through Serbia “are from Syria, Afghanistan, Pakistan, and other Asian, Near East and African countries,” Vidovic told the BWA. He said church members have volunteered and congregations are distributing food, water and other needs.

In Croatia, some 30,000 refugees have entered the country, reported Željko Mraz, general secretary of the Baptist Union of Croatia. Mraz said the Croatian government has opened a refugee camp with a capacity for 4,000 persons and that the Baptist union received government permission to offer support to those inside the camp. In addition, Croatian Baptists are volunteering 14 students from its school nursing program to work along with the Red Cross.

“We want to be Christ’s witnesses to our countrymen and foreigners passing through our country,” Mraz explained.

The 2015 European migrant crisis arose through the increasing number of refugees and migrants traveling to the European Union across the Mediterranean Sea or Southeast Europe. A majority of the refugees are from the Middle East, such as Syria, Yemen, and Iraq; and Africa, such as Eritrea, Somalia, and Sudan.

Baptists in the Middle East are also extending assistance to refugees and other displaced persons in the region. The BWA has provided significantly large sums in relief in the region over the past several years.

“The needs both in Syria and in Lebanon are staggering and the situation gets more complex by the day,” said Alia Abboud, director of Development and Partner Relations for the Baptist-affiliated Lebanese Society for Educational and Social Development.

Lebanese Baptists offer monthly sustenance to more than 2,000 Syrian families and 400 Iraqi families in Lebanon, nearly 6,000 families in Syria and more than 140 families inside Iraq. Support includes food distribution and health care, as well as vocational training and education for 300 Syrian refugee children. Special workshops are also held for women.

“Again and again, we are witnessing God’s hand at work both within our partner churches in Lebanon and in Syria, and through them,” Abboud said.