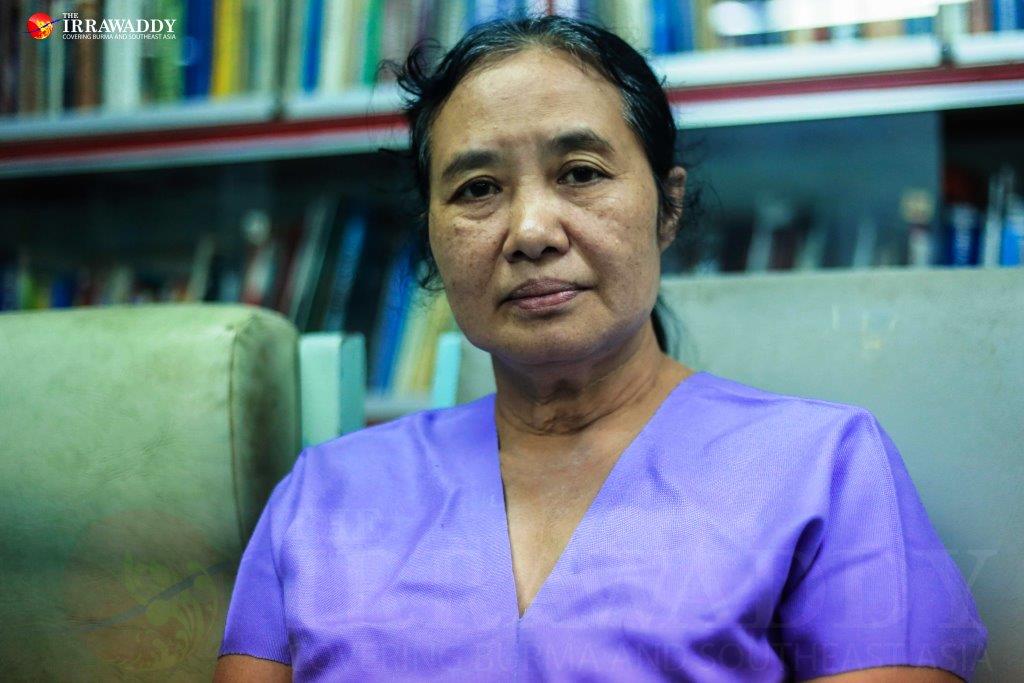 Cynthia Maung, a medical doctor who has devoted nearly 30 years to providing healthcare to refugees from Myanmar living on the Thai-Myanmar border, will be the 2017 recipient of the Baptist World Alliance (BWA) Denton and Janice Lotz Human Rights Award.

The award is given for significant and effective activities to secure, protect, restore or preserve human rights as stated in the United Nations Universal Declaration of Human Rights and other declarations on human rights.

The award presentation will be made by the General Council, which convenes during the BWA Annual Gathering in Bangkok, Thailand, from July 2-7.

Maung was among the displaced Karen who fled to and settled in Mae Sot on the border between Thailand and Myanmar.

Since 1949, the Karen people, an ethnic minority group in Myanmar, have been fighting for an independent Karen State. Hundreds of thousands of Karen and others from various ethnic groups have been killed in the conflict and many Karen have fled across the border into Thailand.

In February 1989, five months after escaping Myanmar, Maung established the Mae Tao Medical Clinic with a staff of six in a dilapidated building in Mae Sot. In the early days, she sterilized her medical instruments in a rice cooker. At its original location, the clinic was frequently affected by natural disasters such as floods. It has since relocated to a safer building.

The clinic was opened in response to the prevalence of infectious and other diseases such as malaria and pneumonia in Mae Sot and other refugee camps. It received support from Baptists in Thailand and elsewhere, the Karen and residents of Mae Sot.

Using donated medical supplies, the malaria epidemic was brought under control. Trauma victims with gunshot wounds and injuries from landmines received treatment, as well as those who needed maternity care and HIV counseling.

By 2003, the clinic was treating more than 42,000 patients per year and had a staff that included six doctors, 86 health workers, 150 other medical and administrative staff members and 20-40 international volunteers per year.

The clinic, which now has a staff of more than 600, delivers up to 15 babies per day and fits 250 new and replacement prosthetic limbs each year. It treats between 300 and 400 patients daily, or up to 150,000 annually, including refugees, migrant workers and locals.

Maung’s clinical interests in obstetrics and women’s reproductive health have broadened to include issues of domestic violence and human rights.

More than 50 nongovernmental organizations (NGOs), international organizations, educational institutions and individual donors have supported the clinic and its programs.

Maung, the fourth of eight children, was born into a Baptist Karen family near the city of Moulmein, Myanmar, in 1959. “Dr. Cynthia Maung is a woman of faith who has committed her life selflessly for the welfare of the poor and oppressed,” the BWA Executive Committee was told. ”She is a member of the the Kawthloolei Karen Baptist Churches and involved with the Asia Pacific Baptist Federation women’s work.”

She entered the Institute of Medicine II in Yangon (formerly Rangoon), the medical school in which Karen, Mons, Arakanese and other minority students in Myanmar are concentrated.

After graduating medical school in 1985, she worked in a private maternity clinic in Bassein, operated by her great-aunt, a nurse, in the beginning of her specialization in obstetrics and gynecology. She left that facility and worked at a clinic in the village of Eaim Du to be near her ill mother. Political crisis and unrest in the country in 1988 led to her and others fleeing.

Maung had previously received the Jonathan Mann Award, sponsored by Swiss and US health organizations, in 1999; Southeast Asia’s Ramon Magsaysay Award for community leadership in 2002; the Sydney Peace Prize in 2013; and the South Korean POSCO TJ Park Prize in 2015. She was named one of Time magazine’s Asian Heroes in 2003.