Plans begin for 2020 congress in Brazil 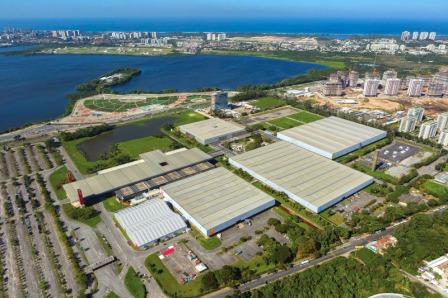 The 22nd Baptist World Congress will be hosted in the city of Rio de Janeiro in Brazil in July 2020. The event, dubbed Celebration 2020 will, for the first time, include the Baptist Youth World Conference, which was previously held as a separate assembly.

General Secretary Neville Callam, in his report to the General Council in its meeting in Vancouver, Canada, stated that the “BWA has signed a contract with the Rio Centro Convention Center, which will host the BWA 2020 quinquennial event in which the worldwide Baptist family will unite in celebrating God and discerning God’s will for the church’s ongoing life and mission.”

He indicated that payments to secure the location are being made and “BWA staff and the Congress Committee have commenced working on their mandate for the 2020 event.”

This will be the second Baptist World Congress to be held in Rio. The 10th congress was convened in the city in 1960, which saw the largest attendance in congress to date since the first was held in London, England, in 1905.

Evangelist Billy Graham preached to a packed Maracanã soccer stadium at the closing service which, at the time, had a capacity of nearly 200,000.