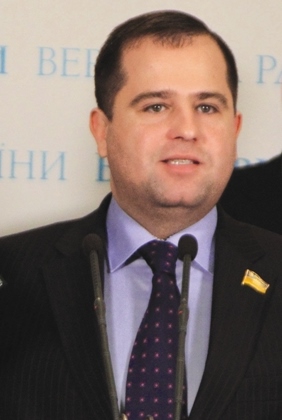 The city of Odessa is facing the latest brunt of the unrest in the Eastern European country of Ukraine.

On May 2, clashes between pro-Ukrainian and pro-Russian protestors killed at least 36 people. Four were killed during the protests and at least 32 protesters were killed after a trade union building caught fire. Some reports put the death toll at 42.

Pavel Unguryan, director of the International Mission Department for Ukrainian Baptists, who is from Odessa, said the city “is on fire” and that the “events of the last days have been really terrifying.”

“The Christian community of Odessa is mourning,” Unguryan said. “The churches, cathedral and groups have united in a prayer for peace and stability. The churches are calling people to forgive and love like Jesus Christ,” said Unguryan, who served in the country’s parliament from 2008-2012.

The Baptist World Alliance joins the European Baptist Federation in calling on Baptist Christians, churches, conventions and unions to offer prayer for Ukraine and for the faithful witness of Christians in the country.

Ukraine has experienced widespread violent protests since last November after former President Viktor Yanukovych pulled out of signing a free trade deal with the European Union in favor of closer economic ties with Russia, a move that led to violent uprisings against the government.

Yanukovych was replaced in February by Oleksandr Turchynov, a Baptist elder in Kiev, Ukraine’s capital, as interim president.  Turchynov previously served as deputy prime minister of Ukraine from 2007-2010 and was earlier elected speaker of parliament before being appointed interim president.

A secession crisis has since emerged in Ukraine’s Crimean Peninsula while other parts of the country continue to experience increasing levels of instability and violent conflicts. There is fear the country is close to civil war amid concerns of invasion by Russian forces.

Ukraine has one of the largest Baptist communities in Europe. The All-Ukrainian Union of Associations of Evangelical Christians-Baptists, a member organization of the BWA, has more than 121,000 members in more than 2,300 churches.