South African to become president of global Baptist body in 2015 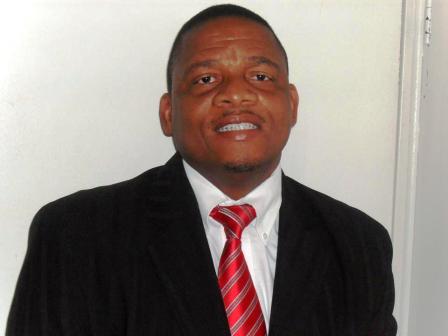 Ngwedla Paul Msiza of South Africa has been elected president of the Baptist World Alliance (BWA). Msiza and 12 vice presidents were elected by the BWA General Council, which convened during the Annual Gathering being held in Izmir, Turkey, From July 6-12.

Msiza, 53, will take office at the conclusion of the 21st Baptist World Congress in Durban in July next year, succeeding John Upton of the United States. He is the second African elected to the BWA presidency. William Tolbert of Liberia was BWA president from 1965-1970. Tolbert served as president of his country from 1971 until his assassination during a military coup in 1980.

Previously, he served on the BWA Membership Committee, the Commission on Doctrine and Interchurch Cooperation and the Academic and Theological Education Workgroup.

Msiza was president of the All Africa Baptist Fellowship, one of six regional fellowships of the BWA, from 2006-2011 and general secretary of the Baptist Convention of South Africa (BCSA) from 2001-2010.

He is chair of the Local Arrangements Committee for next year’s Baptist World Congress. The congress, the first of which was held in 1905, is normally held every five years and is the largest international gathering for Baptists. It marks the transition of the BWA presidency. The 21st congress in Durban will be the first in Africa.

Msiza was trained at the Hebron Teacher Training College and worked bi-vocationally as a pastor and school teacher from 1988 until he became founding principal of the Baptist Convention College in 1995, from where he left to become BCSA general secretary.

He pastors Peniel-Salem Baptist Church in Pretoria beginning in 2011.

He has been married to Sanna Mapula since 1986 and they have three sons.

Saethre of Norway will serve as first vice president.