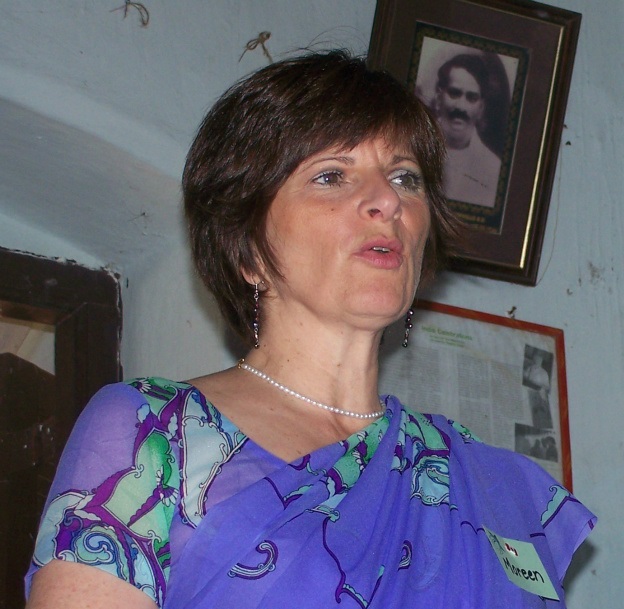 Moreen Sharp, a Canadian and president of the North American Baptist Women’s Union (NABWU) and a vice president of the Baptist World Alliance Women’s Department (BWAWD), has been appointed interim executive director of the BWAWD.

She succeeds American Patsy Davis, who retired December 31, 2015, after working as BWAWD executive director for 17 years.

Sharp has had longstanding involvement in women’s ministry. From 2008-2010, she was president of Women in Focus, the women’s group for Canadian Baptists of Western Canada. During that time she was also on the boards of Canadian Baptist Ministries, Canadian Baptist Women and NABWU, one of seven continental unions of BWAWD.

In 2012, Sharp was elected NABWU president for a five-year term that ends October 2017. She is a member of the BWA General Council and the Commission on Human Rights Advocacy, as well as the General Council of the North American Baptist Fellowship.

“Moreen has an excellent testimony of Christian character and is recognized by the Baptist family as ‘capable, organized, relational and visionary,’” said BWAWD President Ksenija Magda of Croatia. “She will be a great Women’s Department advocate and a gracious colleague to the BWA General Secretary and staff.”

She and her husband, Paul, have been ministry partners for more than 30 years in several countries. Moreen has led teaching, music and drama ministries in Japan, India and Canada. The couple has engaged in transitional ministry, serving various congregations in Canada on a short term basis.

She holds a theological degree from Regent College, an international graduate school of Christian Studies in the city of Vancouver in Canada.