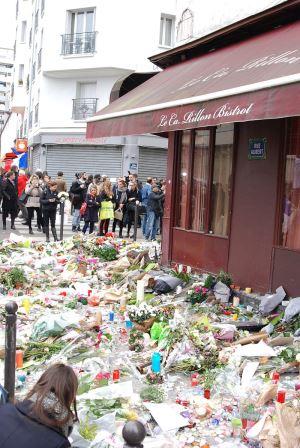 Baptists in both Lebanon and France reacted to attacks by the so-called Islamic State, or ISIS, in their countries that occurred a day apart from each other.

On the evening of November 13, a series of coordinated terrorist attacks, consisting of mass shootings, suicide bombings and hostage-taking occurred in Paris, the capital of France, and its northern suburb, Saint-Denis. One hundred and thirty six people were killed in the attacks, including seven perpetrators, and some 430 injured.

Nabil Costa, executive director of the Lebanese Society for Educational and Social Development and a former vice president of the Baptist World Alliance, said Baptists in the Middle Eastern country “were deeply saddened by the recent attacks on Beirut and Paris.”

Costa stated that, “as the church, our mandate remains the same regardless of the circumstances. We strive to remain faithful and live Christ and reflect His practical love and such values as love your neighbor as yourself, love your enemy [and] pray for those who trespass against you.” He declared that “the darker the world, the brighter should be the Light of the Church.”

Marc Deroeux, general secretary of the Federation of Evangelical Baptist Churches of France (FEEBF), said his country, “where the state of emergency has been decreed, wakes up in pain, grief and bereavement.” The incidents, he said, were “beyond outrage, sadness and understanding.”

Deroeux encouraged French Baptists to provide practical and prayerful support to all those who are in need.

Rebecca Cuquemy, FEEBF assistant secretary general, said “we deeply appreciate the solidarity and prayers of our brothers and sisters from the Baptist World Alliance worldwide.”

Noting that terrorism “has no nationality,” Costa called on “the global church to join us in prayer for those families who have been directly affected by the recent attacks in Lebanon and in France, but also in other countries, too, where terrorists play havoc in the lives of innocent civilians.”