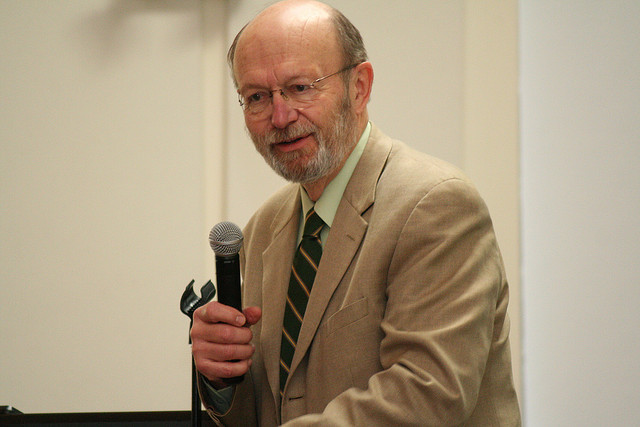 Stassen’s nomination was confirmed at a meeting of the BWA Executive Committee on March 5 at its international offices in Falls Church, Virginia, a suburb of the United States capital of Washington, DC.

The writings of Stassen, the Lewis B. Smedes Professor of Christian Ethics at Fuller Theological Seminary in Pasadena, California, in the United States, have influenced the international peace movement for more than three decades. He is known for his work on theological ethics, politics, social justice, and developing the Just Peacemaking theory in ethics in dealing with matters of war and conflict.

His and David Gushee’s book, Kingdom Ethics: Following Jesus in Contemporary Context was awarded Best Book of the Year in the Theology/Ethics category by Christianity Today magazine in 2004.

Stassen has worked to help found several organizations for peacemaking, operated behind the scenes to negotiate the removal of short and middle range nuclear weapons from Europe, testified at capital punishment cases, developed a strategy for defense attorneys in capital cases, and engaged in human rights advocacy for the mentally disabled.

He has assisted with nonviolent human rights and peace movements in East Germany, Kazakhstan and South Korea and in regions such as Central America, Eastern Europe and Southern Africa. He was present when the Berlin Wall came down in 1989.

Secular and theological groups have used Stassen as an advisor on issues of reconciliation and peacemaking. He is currently a member of the BWA Commission on Peace, president of the Council of the Societies for the Study of Religion and is a former president of the National Association of Baptist Professors of Religion. He has held a number of positions in the American Academy of Religion (AAR), including chair of the Religion and Political Science subsection and the Religious Social Ethics Group. He also co-chaired the Biblical/Contextual Ethics Group and Religion and the Social Sciences Section of the AAR.

Stassen served as the president of the Pacific Coast Section of the Society of Christian Ethics (SCE) and represented the SCE on the Council on the Study of Religion. He co-chaired the Strategy Committee of the Nuclear Weapons Freeze Campaign in the 1980s. For almost 20 years, he co-chaired the Arms Race and International Conflict Committee of the Louisville Area Council on Peacemaking.

Since 1999, Stassen has been a member of the Board of Editorial Advisors for both Sojourners magazine and Creation Care magazine. He is a former board member of Baptist Peace Fellowship of North America and the Abbey of Gethsemane Center for Ethics; as well as a member of the Peacemaking Study Group of the National Council of Churches Apostolic Faith Commission.

Stassen was heavily influenced by his father, Harold Stassen, president of the American Baptist Convention (now American Baptist Churches USA) in the 1960s, governor of the state of Minnesota from 1939-1943 and a contender for the US presidency in the 1940s. Harold Stassen helped draft the charter establishing the United Nations in 1945 and joined the 1963 march on Washington led by Martin Luther King Jr.

The Denton and Janice Lotz Human Rights Award will be presented during the BWA Annual Gathering in Ocho Rios, Jamaica, from July 1-6, 2013.