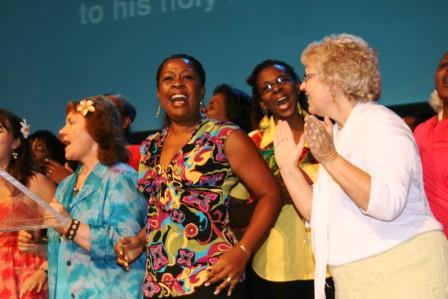 The 21st Baptist World Congress will take place in Durban, South Africa, as planned from July 22-26, 2015. The meeting will be preceded by the Baptist Women’s Leadership Conference in Johannesburg, July 18-21, 2015.

This decision was arrived at after the Baptist World Alliance (BWA) leadership conducted a broad canvass across the worldwide Baptist family.

The need to review the scheduled date of the 2015 congress was based on a number of factors. The first was the damage being done by the Ebola virus especially in Liberia, Sierra Leone and Guinea and the need to intensify our focus to aid the affected persons and communities that face the fury of Ebola.

Another concern was the fear that is being manifested in some parts of the world as people consider the risks involved in travel to sections of the African continent today. Yet another concern was the fact that many persons already hold hotel reservations and are finalizing flight arrangements for their participation in the congress. These persons needed to know whether to proceed with their plans. In addition, while congress registration currently remains at accustomed levels, we are now approaching the period when persons planning to attend the congress are completing binding arrangements. 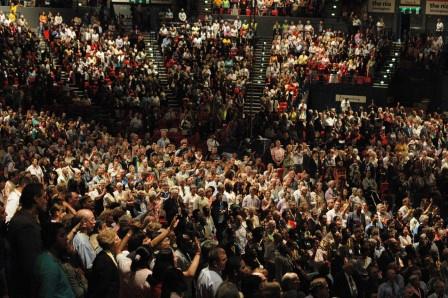 South African Baptist conventions and unions are breathing a sigh of relief.

The same is the case with the leaders of the BWA Women’ Department. They expressed unwavering support for the decision to reaffirm the scheduled congress and are pleased that BWA’s decision is not endangering the convening of the Women’s Leadership Conference.

The decision to adhere to the schedule for the 21st congress represents an effort to express our solidarity with the Baptist community in Africa.  It is also a sign of our faith in the power of the sovereign God with whose help the tide of destruction in the three named countries in Western Africa can be turned back. We look forward to the day when, like South Africa, Liberia, Sierra Leone and Guinea will be Ebola free.

As the current quinquennium draws near its close, we continue to seek to walk in step with the Spirit. For this reason, BWA continues its drive to facilitate a comprehensive response to the Ebola crisis. We have participated in, and convened, discussions by aid and development agencies to foster effective collaboration and management of the response to the Ebola crisis. We continue to channel funds to the affected countries to help meet the need of the families and communities affected by the current Ebola outbreak. We are supporting educational programs promoting Ebola prevention and we have entered into strategic partnerships that have led to three shipments of food, medical equipment and supplies to the Ebola affected countries. With your help, we can do more.

Let us all commit to fervent prayer for divine intervention to end the current Ebola outbreak. Let us also continue our preparation for what will be an unforgettable congress, the first to be held in Africa, marking strong BWA solidarity with the people of that vast continent.