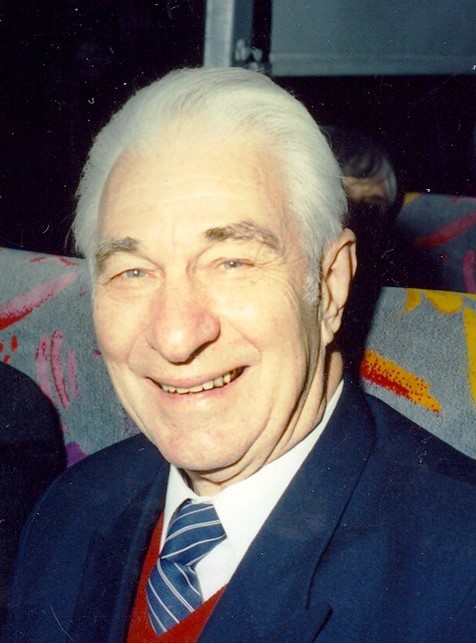 Noel Vose, president of the Baptist World Alliance between 1985 and 1990, died on May 2, in Western Australia. He was 94 years old.

Vose was founding principal of the Baptist Theological College of Western Australia, which opened in 1963, and retired from that position in 1991. The institution was renamed in his honor in 2008, and is now known as Vose Seminary.

The Australian Baptist leader paved the way for the founding of the seminary when he moved a motion at the Western Australia Baptist Assembly in 1957, that the assembly recognize the urgent need for a state theological college, and that concrete plans be presented to the 1958 gathering for establishing one.

He was president of the Baptist Union of Australia from 1975-1978 and a former pastor at East Fremantle, Dalkeith and Parkerville Baptist churches.

As chair of the Commission on Doctrine and Interchurch Cooperation, he led the BWA in the round of theological dialogue with the Mennonite World Conference from 1989-1992, resuming conversations that had ceased amicably between Baptists and Anabaptists more than 350 years earlier, in about the year 1630.

“On behalf of the Baptist World Alliance we receive with sadness the news of the passing away of God’s servant, one of our past presidents, Dr. Noel Vose,” said BWA President Paul Msiza. “Our hearts and prayers are with his family. As a Baptist family we were indeed blessed by God to have such a great leader with a pastoral heart. Dr. Vose has served his Lord and Master with much dedication and love. The Baptist family has been enriched by his selfless ministry.”

Msiza declared that “we are comforted to know that even though we will miss him, Dr. Vose entered the eternal rest to be with the Lord. He has joined the great cloud of witnesses in heaven.”

“Noel Vose was an outstanding servant leader within the worldwide Baptist family and beyond,” General Secretary Neville Callam said. “We celebrate his thoughtfulness, insightfulness and charitable spirit.”

Callam made reference to one of Vose’s publications. “One of his outstanding literary gifts to us is Mena: Daughter of Obedience, which was published in 2013. It reflects Vose’s capacity to discern the vast and diverse confessional canvas on which the grace of God is displayed and it also offers a story of the triumph of the love of Christ.”

The general secretary declared that “Noel is now gathered with the vast cloud of witnesses to receive the prize that awaits those whom God calls to glory. The loss of Noel Vose will be felt around the world but his legacy will be celebrated in every meeting place of thoughtful Christians who knew him.”

He was predeceased by his wife, Heather, who died unexpectedly in 1990.

He is survived by son, Stephen, a member of the BWA Commission on Interfaith Relations and the Promotion and Development Advisory Committee; and daughter, Valerie.