Elijah Brown to be next BWA general secretary 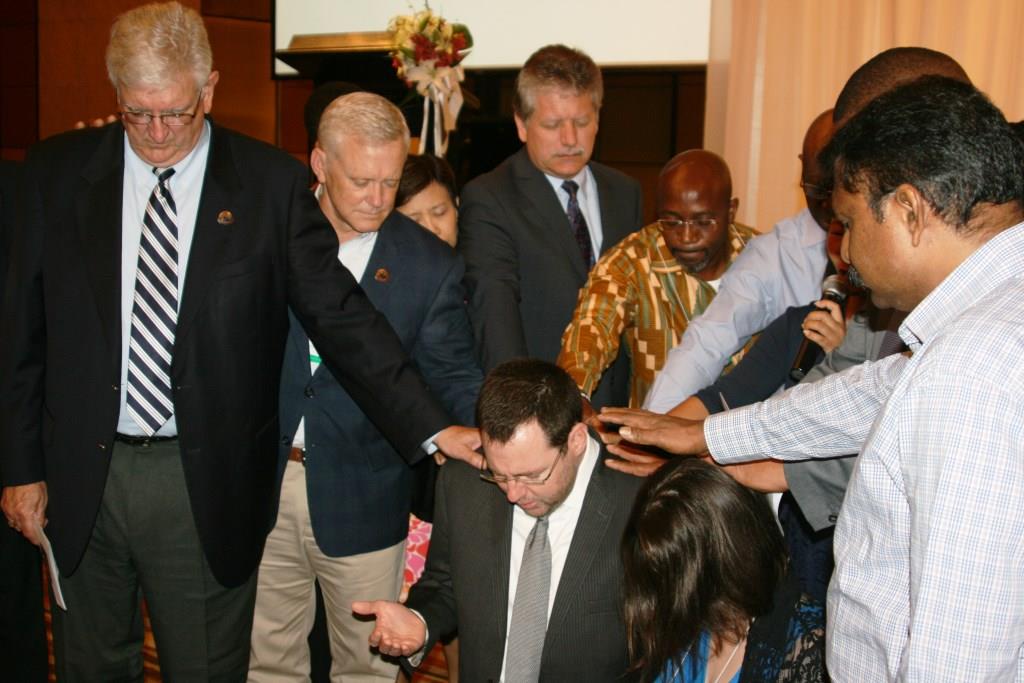 American Elijah Brown, originally from the state of Texas, was elected to be the next general secretary of the Baptist World Alliance (BWA). Brown was formally approved by the General Council on Friday, July 7, in Bangkok, Thailand, at its meeting during the BWA Annual Gathering.

He will assume the position of general secretary on January 1, 2018, succeeding Neville Callam, a Jamaican, who retires from that position in December after more than 10 years of service.

The general secretary is the CEO of the BWA and has overall responsibilities for the administration and operations of the organization, and is its chief representative to global organizations and institutions, ecclesial and secular, and to governments.

Brown, 36, has had a decade long involvement in the international umbrella organization for Baptists, starting in 2007 when he was named one of 35 global emerging leaders by the BWA. He is currently BWA regional secretary for North America and general secretary for the North American Baptist Fellowship.

Brown, executive vice president of the 21st Century Wilberforce Initiative, a Christian human rights organization based in Virginia, in the United States, was previously associate professor of Religion at East Texas Baptist University where he was founding director of the Freedom Center.

The son of a pastor, Brown was ordained to the Christian ministry in July 2002 and was associate pastor at Taylor’s Valley Baptist Church in Temple, Texas. He said his “lifelong commitment to ministry [is] shaped by three principles.” These are: “absolute dedication to the study of the Bible and life-alignment to the teachings of Scripture, a firm belief that the Holy Spirit is always at work in the world and that our responsibility is to listen to how we can lovingly join in his activity, and in the beauty of the local church as an agent for transformation and reconciliation as the bride of Christ.”

Brown declared: “I understand my own calling to be one of global, collaborative engagement that believes in the local church, takes seriously the word of God, listens to the Holy Spirit and seeks to build networks that act together in areas of mission, justice and deepening theological education as Christ-centered witnesses within the public square, especially in areas of conflict, persecution, refugee marginalization and injustice.”

John Upton, former BWA president and chair of the General Secretary Search Committee, said, “Elijah understands the BWA, values human rights, is a champion of religious freedom, connects with all generations, is a passionate speaker, a skilled administrator.” Upton noted that the new BWA leader “is well published and deeply respected in academic circles. Elijah combines motivation, inspiration and innovation with great skill and effectiveness.”

Brown’s specialty lies in human rights and religious liberty. His dissertation focused on issues related to world Christianity, including mission and church growth, peacebuilding and conflict resolution, and the interaction of religion and politics. He helped to launch the 21st Century Wilberforce Initiative and became its executive vice president and CEO.

He has conducted research on, led training events in and done human rights advocacy work in South Sudan, Nigeria, Eritrea, Iraq, Nepal and other countries. He has submitted reports to the United Nations and the US Department of State, the US Commission on International Religious Freedom and several foundations and groups.