The Baptist World Alliance unanimously voted to extend membership to four Baptist groups during its Virtual General Council meetings that convened from October 19-21. The addition of Equatorial Guinea Baptist Church, Baptist Alliance of Barbados, Kawthoolei Karen Baptist Churches, and Baptist Evangelical Churches Federation of Guadeloupe increases the total membership of the worldwide body to 245 Baptist conventions and unions within 128 countries and territories.

Equatorial Guinea Baptist Church, the first BWA member body in Equatorial Guinea, is a union of 148 members in four churches throughout the Central African nation. In each city where a church is located, the union also operates a school. Established in 1982, the union’s current leadership includes President Antonio Acuché Rimoy and General Secretary-Treasurer Benjamin Eyene Esono Akara.

“We are not a very large convention, but our goal is to continue spreading the Gospel to every corner and person in this country,” said Akara. “[BWA membership] means to be able to belong to the body of Christ around the world and in this way to know, encourage, and support each other to continue with the work that the Lord has entrusted to us in unity.”

Baptist Alliance of Barbados is a group of 190 members in five churches in Barbados founded in 1986. Led by President Andrew Boyce and Executive Secretary Shondell Bovell, the convention has various ministries including Christian Education, Youth, Women, Men, and Evangelism.
“Having experienced the benefits of relationships developed at the regional level through membership with the Caribbean Baptist Fellowship, we eagerly anticipate and look forward to those benefits which can be derived from relationships developed globally by way of the BWA,” said Boyce.

Kawthoolei Karen Baptist Churches (KKBC) is a group of 18,208 members in 87 churches along the Thai/Myanmar border. Born out of the oppression and persecution of ethnic minorities in Myanmar in the early 1980s, KKBC formed in 1983 and is comprised of Internally Displaced Persons living on the border. The group’s leadership includes Chairman Robert Kaytoe and General Secretary Saw Peacefully Thomas. KKBC was accepted as a member of the regional fellowship, the Asia Pacific Baptist Federation, in February of this year.

“Joining BWA will build up Kawthoolei Karen Baptist Churches to navigate holistic mission for the border community – both in Thailand and in Myanmar – and globally for Jesus Christ,” said Saw Wado, International Communication Liaison for KKBC.

During the introduction of each member body to the General Council, Wado spoke movingly about the value and encouragement of being welcomed into the global Baptist family. “Solitude has a place and is good for a season, but ultimately God saw that it was not good for mankind to be alone. So he created a companion that was like him to share a common sense of belongingness. The same can be said of our belongingness to the Baptist World Alliance. We belong. We are accepted. We are remembered.”

Baptist Evangelical Churches Federation of Guadeloupe is a group of 1,100 members in 15 churches in Guadeloupe. The federation, formed in 1970, will be the first BWA member body in Guadeloupe. Leadership includes President Dominique Dick and Executive Secretary Caryl Andrew. Dick is also president of the regional body, the Caribbean Baptist Fellowship, the first from the French-speaking Caribbean.

“Our mission is training men and women and also evangelizing in every way that we can,” said Dick. “It is a privilege for us to be known worldwide, be it that we are a very small island in the Caribbean.”

All of the conventions and unions accepted into membership by the BWA submit supporting documents including a statement of faith, organizational history, and a reference from their regional Baptist fellowship. The BWA’s Membership Committee reviews the applications and makes recommendations to the General Council for vote.

“We thank God for increasing our fellowship. The Membership Committee is humbled to help shepherd these four new member bodies officially into the BWA family,” said Karl Johnson, chair of the BWA Membership Committee. “A home for all Baptists, their inclusion furthers the BWA’s reach around the world, and we pray for their work and witness in their countries and regions. We pray also that they will continue to experience the different ways in which you will allow their light to shine to bring glory to God.” 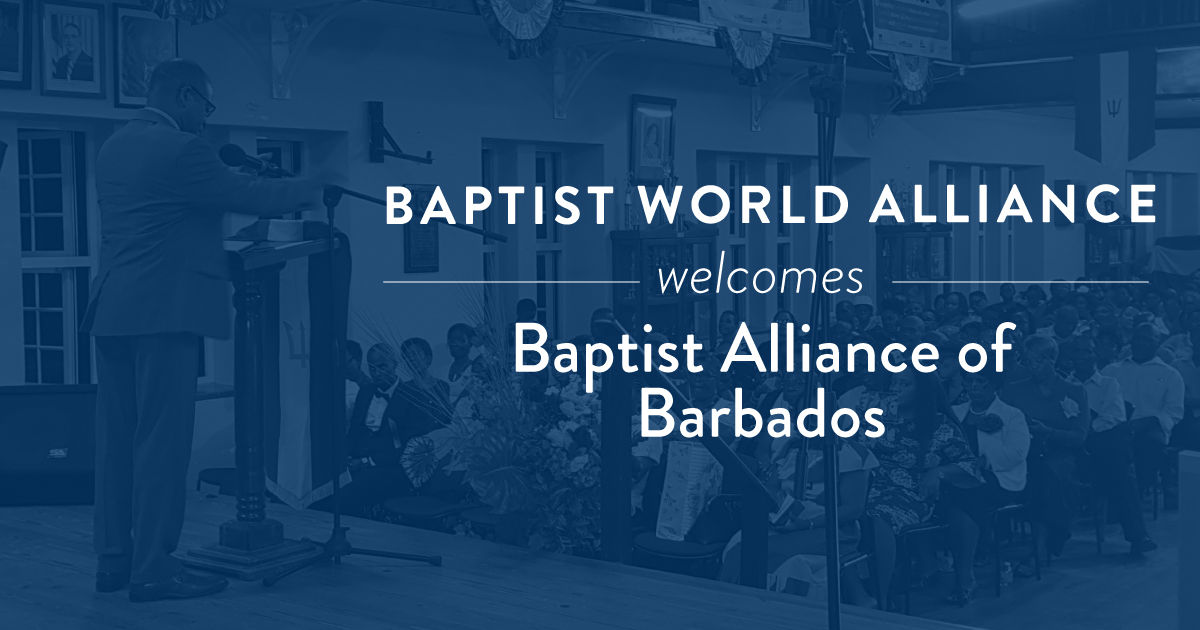 Baptist Alliance of Barbados is a group of 190 members in five churches in Barbados founded in 1986. 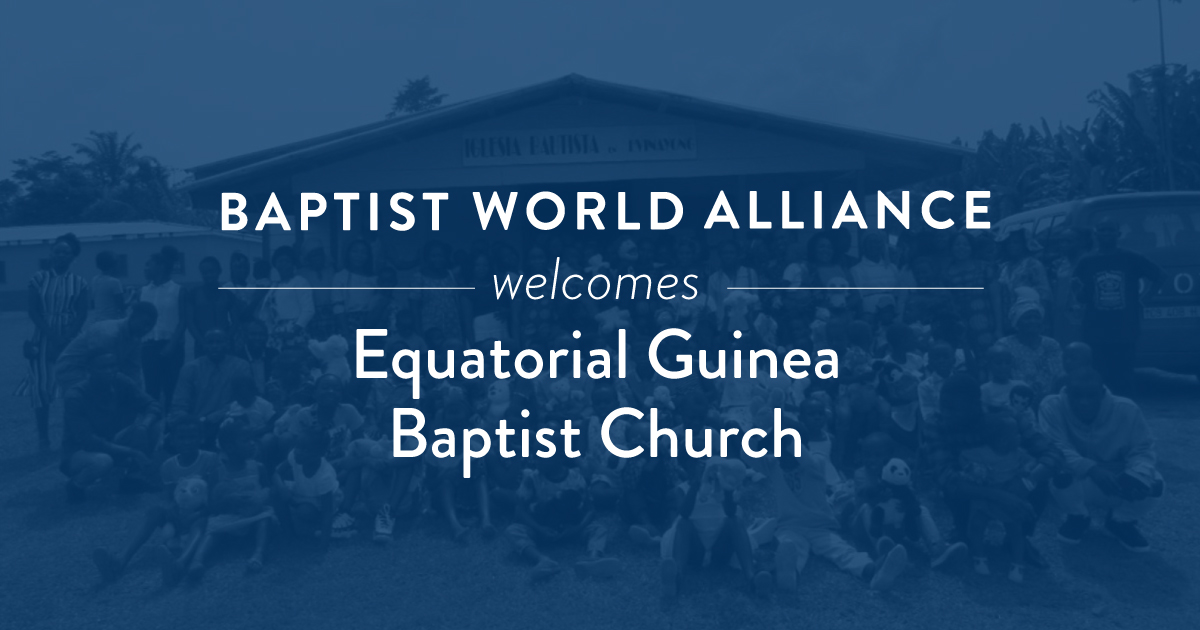 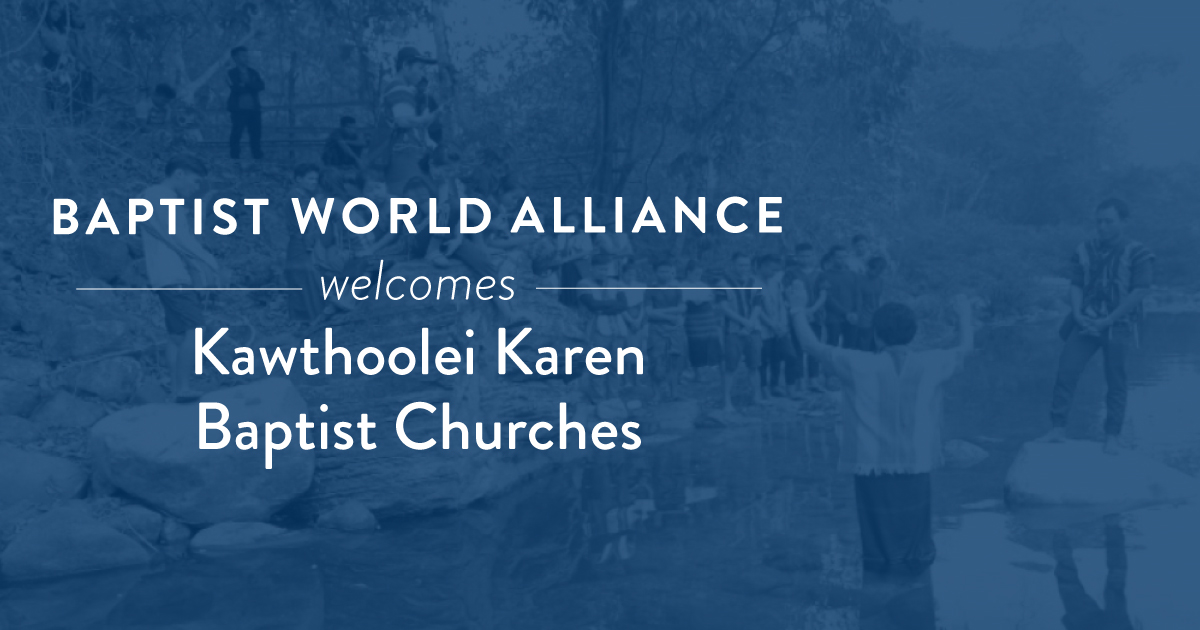 Kawthoolei Karen Baptist Churches (KKBC) is a group of 18,208 members in 87 churches along the Thai/Myanmar border. 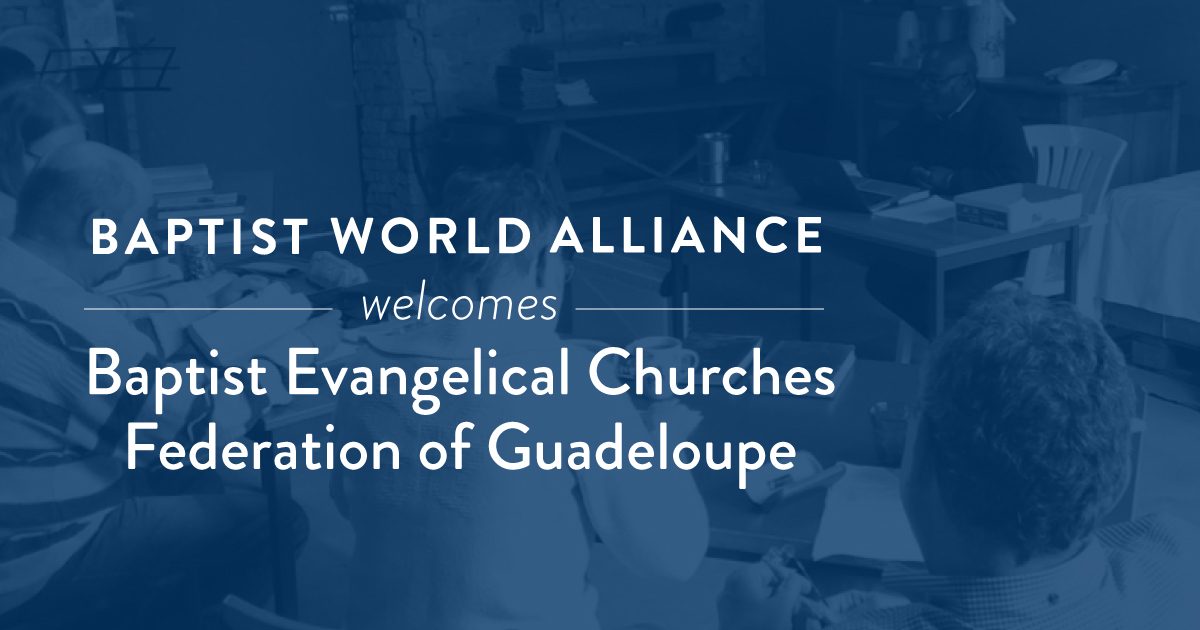 Baptist Evangelical Churches Federation of Guadeloupe is a group of 1,100 members in 15 churches in Guadeloupe.
The Baptist World Alliance, founded in 1905, is a fellowship of 246 conventions and unions in 128 countries and territories comprising 51 million baptized believers in 176,000 churches. For more than 100 years, the Baptist World Alliance has networked the Baptist family to impact the world for Christ with a commitment to strengthen worship, fellowship and unity; lead in mission and evangelism; respond to people in need through aid, relief, and community development; defend religious freedom, human rights, and justice; and advance theological reflection and leadership development.