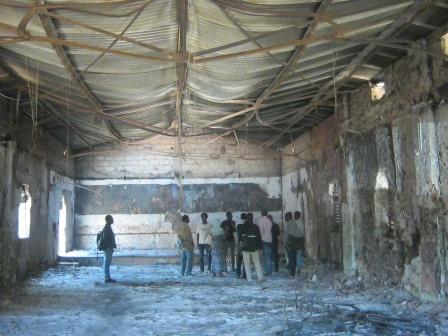 At least 68 churches, two of which were Baptist, have been burned in the West African country of Niger.

Panlieba Tchalieni, president of the Union of Evangelical Baptist Churches of Niger, reported that the church burnings, carried out by Muslim fundamentalist group Boko Haram, occurred in the Zinder region and Niamey.

“In terms of Baptist churches in Niger, we have two churches that are burned,” Tchalieni said by email. “The first Evangelical Church in Niger built in 1928, and another behind the Niger River built 15 years ago.”

Boko Haram, a Nigerian-based jihadist group that seeks to establish Sharia law, has extended its activities to other countries in West Africa, including Niger, where it has carried out recent attacks in the southeast.

Thousands of civilians fled their homes in the southeastern Niger town of Diffa. The area was already under stress, providing refuge to some 150,000 people who crossed the border to escape the violence in northern Nigeria.

Niger, which shares much of its southern border with Nigeria, declared a 15-day state of emergency in Diffa after a spate of attacks by Boko Haram.

Kojo Amo of Ghana, chairman of the western region of the all Africa Baptist Fellowship, appealed for prayer and support for the Christian church in Niger. “Please let us remember Christians in Niger in our prayers that the Lord will strengthen them in the faith during this difficult time.”