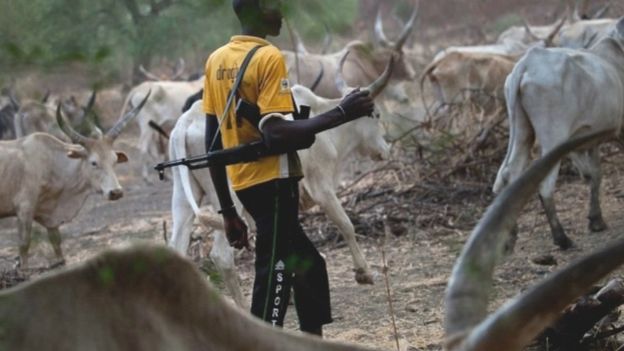 Twenty one Christians were killed by Fulani herdsmen on September 9 in Plateau State in Nigeria.

Samson Ayokunle, president and CEO of the Nigerian Baptist Convention (NBC), told the Baptist World Alliance that 20 of those killed were Baptists while one was a Methodist.

A mass burial for 19 of the victims was held in Ancha Village, where the massacre occurred.

“It was a difficult time for us because all the 20 Baptists killed came from the same local village church,” Ayokunle said. “Up till now, our government has not arrested any of the criminals who perpetrated the dastardly act. They appear to be above the law.”

Ayokunle, president of the Christian Association of Nigeria (CAN), the main Christian ecumenical body in the nation, is appealing to “the international community [to] help us cry out to the government of President Muhammadu Buhari to show seriousness in bringing these criminal herdsmen to book.”

He said the “government’s failure to arrest them is simply seen by reasonable people as complicity. We demand justice for our dead brothers and sisters.”

The Nigerian Baptist leader visited the village. NBC; CAN; and First Baptist Church in Garki, Abuja, Nigeria’s capital city, provided assistance to the families of the victims.

Ayokunle alleged that the Fulani herdsmen made other attacks in other parts of the local area and no arrests have been made.

Christian villages in northern Nigeria have had repeated attacks from Muslim militants, including Boko Haram and the Fulani herdsmen.

In early 2015, more than 30 Baptist churches and about 2,000 individual Baptists were affected by the Boko Haram insurgency in Nassarawa State and parts of Benue State. Baptists and other Christians were killed, women were raped and farms destroyed.

Other attacks occurred in Adamawa State, which includes the predominantly Christian city of Mubi, and in other states such as Borno, Yobe, Taraba and Bauchi‎.

In March 2015, Ayokunle asserted that the insurgency in northern Nigeria “comes most of the time through Fulani herdsmen who go about with AK-47 rifles and other sophisticated weapons to kill farmers in their villages when they are fast asleep in the night.”

He alleged that many of the insurgents were from outside Nigeria.

He pleaded for prayer “for the future of the church in Nigeria,” declaring that Christianity is under attack in the country, the most populous in Africa.