Caribbean immigrants struggle to find church home in the US 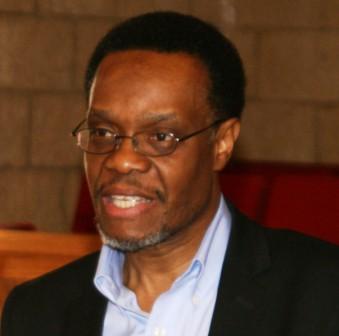 Caribbean Baptist immigrants have difficulty fitting into Baptist churches in the United States. This was revealed at a recent conference of Caribbean immigrants in New York City.

The April National Gathering of Caribbean Diaspora Baptist clergy, leaders and churches was billed as “a missional event to acknowledge and initiate discussion on the emergence, contribution and role of Baptists in the continuum of the Caribbean Diaspora.”

A common theme expressed by Caribbean immigrants at the conference was the difficulty to find a “church home” upon migrating into the US. Raymond Anglin, a general secretary of the Jamaica Baptist Union (JBU) during the 1980s, stated that he “experienced a kind of culture shock upon moving to the United States.” The Baptist churches he encountered in Florida and Georgia were “different from his experience in Jamaica in terms of authority, leadership, the attitude to androle of women, and in understanding of training.”

Anglin, who says he now “has a fulfilling ministry as a Presbyterian pastor,” indicated that his background in Jamaica prepared him for his current situation, as it “gave him an ecumenical dimension of ministry.”

Banmattie Ram, a Baptist pastor from Guyana, said most of the Baptist churches she encountered in the US “were different from her experience in the Caribbean,” but stated that “one must do ministry wherever one is.” 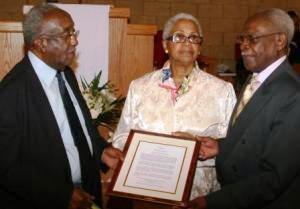 Everton Jackson, Baptist World Alliance (BWA) regional secretary for the Caribbean and executive secretary/treasurer of the Caribbean Baptist Fellowship (CBF), said that “there are tremendous possibilities for cooperation between CBF and the Caribbean Diaspora churches.” This is possible, he said, because Caribbean people, whether in the Caribbean or elsewhere, “share a common history” as well as “common needs for affirmation, self actualization, [and] a theology that speaks to our context.”

Jackson informed participants at the conference that the CBF has plans to enter into collaboration with the United Theological College of the West Indies (UTCWI) to establish a Centre for Caribbean Baptist Studies at the institution. The UTCWI, an ecumenical college that is part of the University of the West Indies, the main university in the English speaking Caribbean, trains many of the Caribbean Baptist pastors.

Eron Henry, associate director of communications for the BWA, indicated that Caribbean Baptists in general, including those in the Diaspora, have played important roles in the BWA and have held significant positions within the international Baptist organization. Henry made special mention of current BWA General Secretary Neville Callam, Caribbean Baptists who are BWA vice presidents, and those who sit on committees and commissions of the BWA.

Delroy Reid-Salmon, president of the Caribbean Diaspora Baptist Clergy Association, which convened the conference, announced that his group is spearheading the establishment of a chair in the name of Horace Russell at the UTCWI. Russell is a past president of the school in the 1970s and later became a vice president and professor of historical theological at Palmer Theological Seminary near Philadelphia in the US.

Samuel Simpson, a Jamaican immigrant to the US, was honored for helping to pioneer the formation of Baptist churches that ministered to Caribbean immigrants in New York City, beginning in the 1960s. He recently retired as pastor of the Bronx and Wake Eden Baptist churches, two of the churches he founded.