Callam book to be launched

From Fragmentation to Wholeness: Race, Ethnicity, and Communion, is being launched in July in time for the BWA Annual Gathering, held July 2-7 in Bangkok, Thailand.

The book examines the impact that race and ethnicity have on divisions in the church. It shows how the Lord’s Supper provides a rationale for overcoming such divisions. The shared identity of Christians through fellowship in the body of Christ opens doors for unity and inclusion in the Christian community.

Jeffrey Haggray, executive director of American Baptist Home Mission Societies, said the book “is an urgently needed volume of profound reflection on the untapped power of Holy Communion as a force for reconciliation, healing and wholeness in the church and community.” 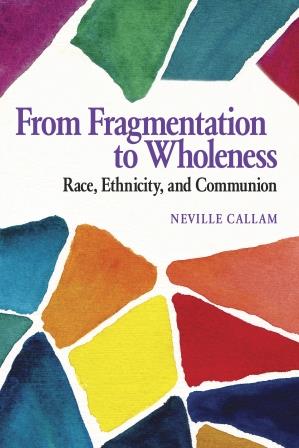 Haggray, a member of the BWA General Council and the BWA Human Resources Committee, stated that “rarely in recent Baptist life has a global leader of Callam’s distinction and intellect blended this peculiar caliber of theological, pastoral, ecumenical and activist reflection into such an informative, compelling and accessible treatise. The church now has a fascinating new resource to accelerate our mission reach into the world.”

Callam, a Jamaican, was elected general secretary and chief executive officer of the BWA in Accra, Ghana, in July 2007. He was the first Black person and the first person who is neither an American nor European to hold the position in the international global organization for Baptists, founded in 1905.

The book will be available at the BWA Annual Gathering in Bangkok.