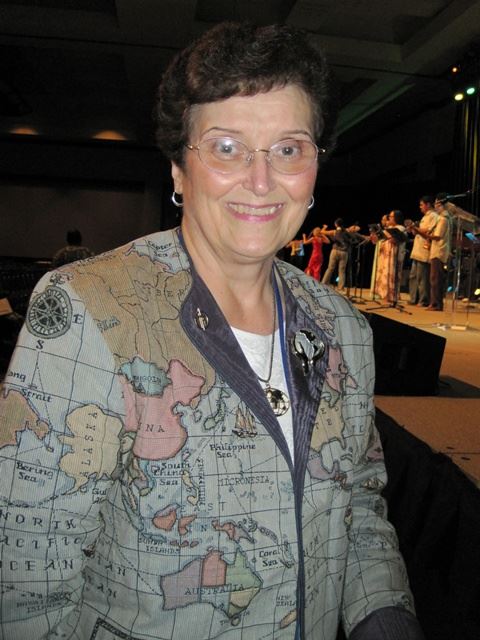 Patsy Davis, executive director of the Baptist World Alliance Women’s Department (BWA WD), is set to retire effective December 31, 2015, after working in that position for 17 years.

“She has initiated many projects and the global Baptist Women’s Day of Prayer grew into a recognized ministry that connected Baptist women to each other both in prayer and practical support,” said Ksenija Magda, president of the BWA Women’s Department.

“She has been appreciated by many women on all continents and under her leadership, the Women’s Department became an example of an effective global ministry within the Baptist World Alliance.”

“God called me many years ago to work with women, and he has blessed me these 17 years to be a part of the BWA WD,” Davis stated.

“The Women’s Department of the BWA, and in particular the Executive Board of the WD, appreciate Patsy’s many years of faithful service to women globally,” Magda declared. The BWA Women’s president “wish[es] that God, our Lord and Father, may continue to bless her and her work in the future.”

Prior to taking up her position at the BWA in 1998, Davis was a Southern Baptist International Mission Board missionary for 21 years, serving as general secretary of the National Woman’s Missionary Union of Venezuela. She succeeded the late Willene Pierce, who died in March 2014, and who resigned the BWA post in July 1997.