BWA supports appeal made by Christians in the Middle East 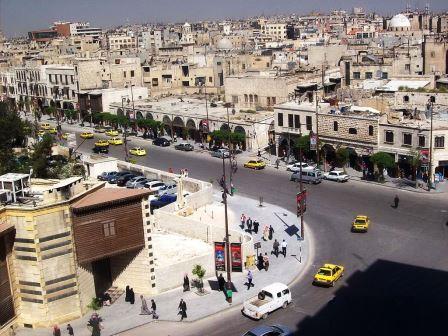 Baptist World Alliance (BWA) General Secretary Neville Callam endorsed the urgent appeal from the Supreme Council of the Evangelical Community in Syria and Lebanon to evangelical and Protestant churches and organizations around the world.

The appeal, which was signed by church leaders and pastors, including Baptists, asserted that minority groups such as Christians and moderate Muslims in the Middle East face an existential threat.

“This is a moment filled with awe and fear,” the leaders stated. A “state of emergency” is needed “in order to preserve what remains of the Christian and moderate non-Christian presence in the East, and to circumvent its complete demise.”

In issuing a “cry of warning,” the leaders fear that events will “cause the annihilation of Christian presence in the Middle East.” They ask Christians, churches and social and humanitarian organizations around the world to “act swiftly before it is too late.”

The organizations are being asked to help raise awareness among their constituencies on the situation in the Middle East; to take actions that may end the depletion and “forced and ordered displacement of individuals and communities from their homelands”; to assist in working on a long term strategy to put an end to “cruel violence and indiscriminate murder”; and to “exercise the maximum pressure, moral and otherwise, and to tap all the resources at their disposal,” to bring resolution to the problems faced by Christian minorities and moderate Muslims in the region.

In a 2013 resolution on the crisis in the Middle East and North Africa, the BWA “lamented that Christians have been targeted and persecuted.” Callam, referencing that resolution, is encouraging Baptists to pray for the safety and well being of all who suffer regardless of their faith.

Callam said the 2013 resolution urges “governments of the Middle East to engage religious minority groups located within their borders in the process of pursuing measures to protect them against actions that target Christians and other minorities.” The BWA “commends and supports the efforts of moderate religious people everywhere who advocate for the just treatment of all citizens throughout the Middle East and North Africa.”

The appeal from the Supreme Council of the Evangelical Community also included a plea for humanitarian aid. “We urge our partners to offer food and water supplies, as well as medical and other forms of assistance, to the war victims, and to support those who have been forcefully displaced in their own homeland, or become refugees in neighboring countries, so they may safely return to their towns, villages and churches.”

The BWA has had a long history of supporting minority and vulnerable groups in the Middle East. Over the past few weeks, the international umbrella organization for Baptists assisted 500 displaced Christian families inside Iraq, sent assistance to both Christian and Muslim families in Gaza that were affected by the recent war between Israel and Hamas, and supported Syrian refugees in Jordan and Lebanon.