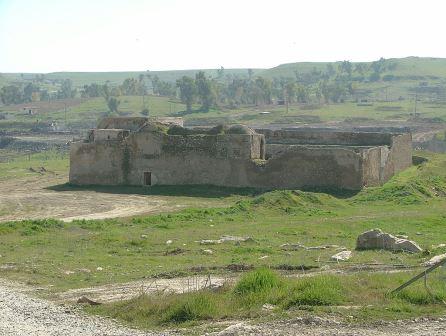 The Baptist World Alliance (BWA) sent an initial sum of US$20,000 to assist with Christians displaced inside Iraq.

Funds given by the BWA will be used to help provide food and other urgent relief supplies to approximately 500 Iraqi Christian families who fled Mosul and Karakosh to Irbil city in Kurdistan state.

Christians fled in haste without their possessions, including clothing. Money, jewelry and other valuables were stolen or confiscated.

A sum of US$90 is needed for mattresses, blankets and a two-week food supply for an average family of six persons.  Baptists and other Christian groups providing assistance expect the need to last through several months.

Mosul, Iraq’s second largest metropolitan area after Baghdad is an ancient city in Northern Iraq that has had a significant Christian presence going back almost 2,000 years. Karakosh is in close proximity to Mosul.

Christians and other minority religious groups have been specially targeted by IS.  A decree was issued in July that all Christians in the area under IS control, including Mosul and Karakosh, must pay a special tax of approximately US$470 per family, convert to Islam, or leave. It was later announced that all Christians needed to leave or be killed.

Many Christians have fled to Kurdistan.

Christians have been leaving Iraq in droves after the 2003 United States invasion of Iraq. Violence against Christians by radical Islamist groups rose dramatically, including abductions, torture, bombings and killings. Christians were pressured to convert to Islam under threat of death or expulsion, and women were ordered to wear Islamic dress.

By 2007, the Office of the United Nations High Commissioner for Refugees estimated that 2.2 million Iraqis were displaced to neighboring countries such as Lebanon, Jordan and Syria, with a large majority being Christian. Another two million were displaced internally.