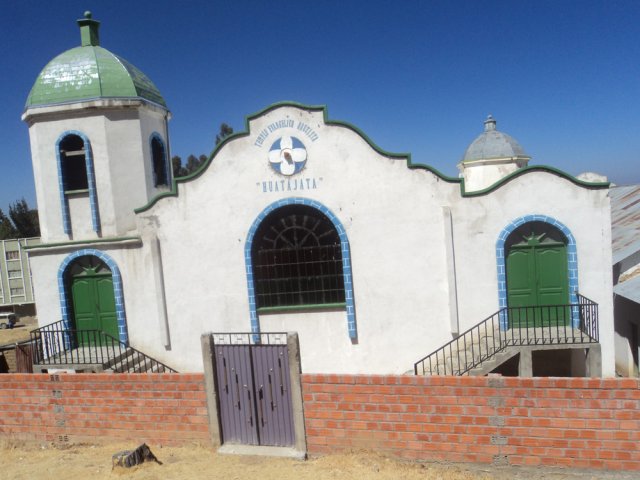 The Baptist World Alliance joins other Christian groups and organizations in protesting a new and ambiguous law in Bolivia that could make proselytizing illegal and put those who do so at risk of prosecution and imprisonment.

In a letter to legislators in Bolivia, BWA General Secretary Elijah Brown expressed concerns “that the ambiguity of these laws could lead to unintended restrictions on religious freedom and to the direct persecution of churches and individuals of faith.”

Brown said his concerns were not only for Baptists, “but for all who might find themselves unable to live according to the dictates of their conscience.”

In a translation by Evangelical Focus, a news and opinion website out of Europe, the offending law declares that “Whoever recruits, transports, deprives of freedom or hosts people with the aim of recruiting them to take part in armed conflicts or religious or worship organizations will be penalized 7 to 12 years of imprisonment.”

The fear is that the law could ban public preaching and punish the mere act of inviting someone to a Christian or other religious event.

According to Evangelical Focus, the new law collides with the country’s constitution. Article 4 of the Bolivian constitution reads, “The State respects and guarantees the freedom of religion and spiritual beliefs, according to their worldviews. The State is independent of religion.”

In his letter, Brown expressed hope “that freedom of religion and expression will be strengthened” and said Baptists are praying “for the ongoing wellbeing of the country.”

He also made the BWA available to Bolivian government and other authorities for further dialogue on the issue.

Global Baptists are encouraged to join Bolivian Christians who have declared Sunday, January 21, a day of prayer and fasting. They are also urged to make representations to Bolivian diplomatic missions in their respective countries on BWA concerns on the new law.

The BWA has two member organizations in Bolivia, the Baptist Convention of Bolivia and the Bolivian Baptist Union, comprising more than 50,000 members in more than 300 churches.

Both an English and Spanish version of the BWA letter may be downloaded on the BWA website.