BWA offers support and sympathy to victims of Hurricane Harvey 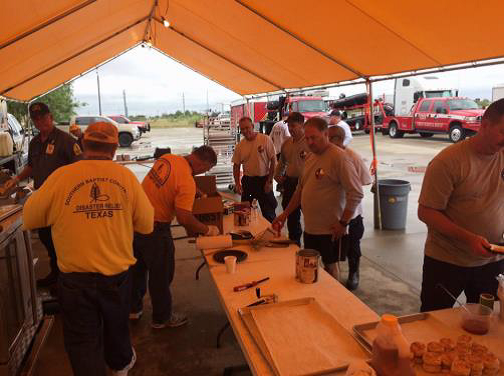 The Baptist World Alliance sent an initial sum of US$15,000 to Baptists in Texas in the United States to assist those affected by Hurricane Harvey.

Harvey, which landed as a category 4 hurricane on the coast of Texas on August 25, has caused widespread destruction in the Greater Houston/Southeast Texas region.

By August 29, 14 persons were known to have died. More than 300,000 people were left without electricity and billions of dollars in property damage was sustained.

BWA General Secretary Neville Callam told David Hardage, executive director of the Baptist General Convention of Texas, that “the Baptist family worldwide is viewing with alarm recent developments in the state of Texas resulting from the passage of Hurricane Harvey.”

Callam said “the scenes of devastation are heart-rending and we are deeply concerned about the suffering people are facing.” He assured Baptists in the state “of our prayers for all who suffer.”