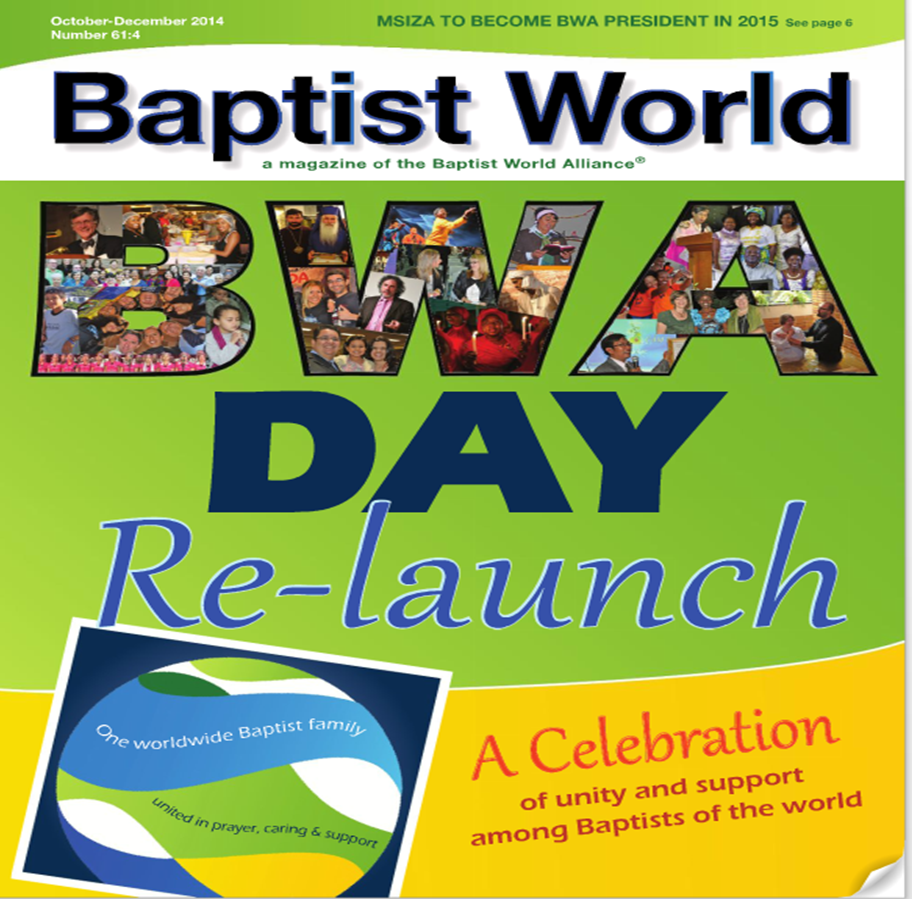 Baptist World, the quarterly magazine of the Baptist World Alliance, won an award of excellence in the magazine, national category from the Religion Communicators Council (RCC).

The October/December 2014 issue of the magazine was recognized for its attractiveness, use of images and color and content.

Other Baptist-affiliated publications were recognized during the DeRose-Hinkhouse Memorial Awards ceremony, which is sponsored by the RCC. Samford University’s 2013-2014 Annual Report received Best of Class honors in the public relations materials category.

The DeRose-Hinkhouse Memorial Awards are given annually to active members of the RCC who demonstrate excellence in religious communications and public relations.