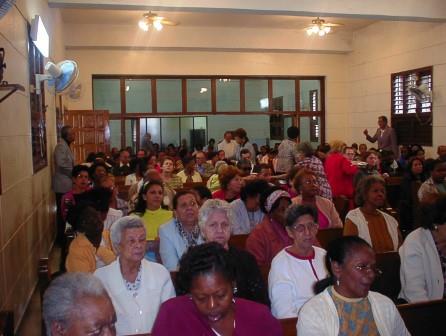 Worship resource for Baptist World Alliance (BWA) Day 2015 in English is now available on the BWA website. This can be downloaded at www.bwanet.org.  Other languages will be subsequently available for download.

The observance will be on February 7 and 8, 2015, depending on whether Baptists worship on Saturday or Sunday.

The liturgy was prepared by Gary Furr, pastor of Vestavia Hills Baptist Church in Birmingham, Alabama, in the United States.  Furr is a writer, poet, musician and teacher. He writes a blog on faith and music and the arts at www.garyfurr.org, and is co-author of The Dialogue of Worship with Milburn Price.

BWA Day celebration is aimed at affirming Baptist identity within the worldwide Christian family.  Baptists are encouraged to pray for each other and to renew their commitment to cooperate with Baptists globally through the BWA.

BWA Day has been celebrated since 1927 when the BWA Executive Committee, meeting in London, asked BWA President Edgar Mullins and General Secretary John Rushbrooke to prepare a “Special Statement” to express clearly the purpose of the BWA. The Statement emphasized that the BWA “seeks to express and promote unity and fellowship among the Baptists of the world.”

A decision was made to introduce the observance of BWA Day in an effort to promote unity and fellowship among Baptists.

As of 2015, BWA Day will be observed on the second Sunday of February and the Saturday immediately preceding it.