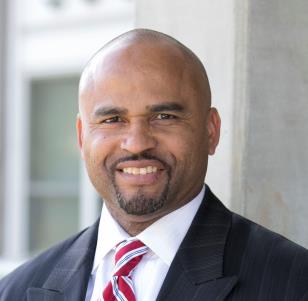 The Baptist World Alliance (BWA) has appointed Darrell Armstrong, a Baptist pastor in the state of New Jersey in the United States, as its chief administrative officer at the United Nations (UN). He succeeds attorney Mark Wiggs.

Armstrong, a BWA representative to the UN since 2013, will supervise the BWA team serving with the UN in New York, United States; Geneva, Switzerland; and Vienna, Austria. He will determine who, from the list of approved BWA representatives, will participate in the various events in which BWA desires to participate.

An author and human rights advocate, he has had a longstanding commitment to ecumenical and interreligious dialogue and teaching religious tolerance.

“I am delighted that Darrell has consented to take up this new responsibility on a voluntary basis,” BWA General Secretary Neville Callam said. “I am confident that Darrell has the experience, giftedness and enthusiasm to serve as requested.”

Armstrong is pastor of Shiloh Baptist Church in Trenton, New Jersey. In 2010, he was elected the first non-Presbyterian Trustee to Princeton Theological Seminary’s Board of Trustees.

He holds degrees from Stanford University in California, Princeton Theological Seminary and The College of New Jersey.

Since 1974, the BWA has had Special Consultative Status at the UN through the Economic and Social Council.

BWA is also a member of the UN Committee of Nongovernmental Organizations, and enjoys consultative relationship with the Conference of NGOs (CoNGO), an international membership association.

The BWA is also accredited as an NGO through the UN’s Department of Public Information (DPI), which enables it to participate in briefings and receive announcements from DPI; is a member of the Committee of Religious NGOs; and collaborates with the Ecumenical Working Group that provides a forum for common work on issues of concern to UN representatives of Christian World Communions.

At Rio+20, the UN Conference on Sustainable Development in Brazil in 2012, BWA co-sponsored side events and submitted documents contributing to the focus of the discussions there.

The BWA has actively participated in the annual meeting of the Commission on the Status of Women.