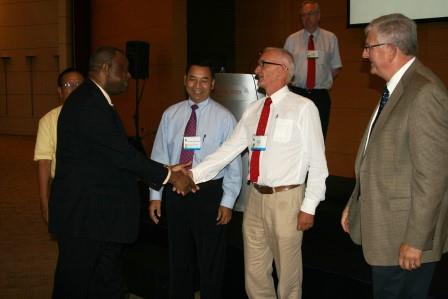 Four new member organizations were accepted into membership of the BWA during the Annual Gathering in Izmir, Turkey, in July.

The Democratic Republic of the Congo now has 13 members after the Baptist Community of the Faithful in Africa, established in 1958 and having 30,146 members in 136 churches, and the Baptist Evangelical Community in Central Africa, formed in 2009 and comprising 40,000 members in 150 churches, were accepted as members.

Ethiopia now has three members with the addition of the Emmanuel Baptist Church of Ethiopia, which has 20,000 members in 49 churches. It was established in 1962.

The BWA now has 231 full member organizations in 121 countries and territories.