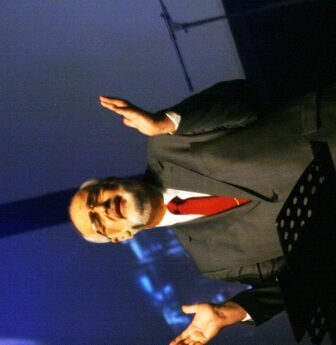 Luiz Soares Silvado, former president of the Brazilian Baptist Convention and newly installed vice president of the Baptist World Alliance, encouraged a gathering of Baptists in South Africa to make a determined commitment to discipleship.

The Brazilian Baptist made a distinction between discipleship that is simply the passing on of information and discipleship that results in formation. “We must not only hear about Jesus, but be formed into/by His character,” he told the roughly 2,500 Baptist Christians gathered in the coastal city.

He cautioned against “mindless Christianity,” one based solely or primarily on ritual, social activism or experience.

While not discounting the importance of these, Silvado indicated that because many Christians regard religious ceremony as an end in itself, because many Christians are solely concerned about matters connected to hunger and violence, and because many ignore, disregard or even reject doctrine, “they cannot understand biblical truth and Christian thought” and thus “lack the character and mind of Christ.”

Jesus, he said, both informs the mind and forms the character. But formation is paramount. “A church that invests in formation believes in a continuous discipleship. It is something that the disciple does and submits to for all his [and her] life.”

This formation must pay particular attention to the preparation of young and future leaders, “because there are risks in allowing new leaders and younger generations to take strategic positions.” There is the need for “continuous discipleship that enables the formation of Christian character in order to develop spiritual consciousness,” he told the group of Baptists from more than 80 countries. At the same time, Baptists must trust God to “empower new generation” of leaders.

“We ask God to save sinners but we are not available to take the message of salvation to them. We ask God for resources for His work, for the expansion of His Kingdom and we close our wallets,” said Soren, through an audio recording played to the gathering.

These are “slothful prayers” that are “almost blasphemous.”

Each Christian is called to serve, Silvado insisted. “Each one has the task of taking the Gospel message.” God, Silvado said, “uses the testimony of witnesses, messengers, preachers, missionaries,” and all Christian believers.

Video of the plenary worship service may be viewed on the BWA website at www.bwanet.org.