The world has lost a great spiritual leader. Christians have lost a great evangelist. What was the basis of his spiritual strength? The strength of Billy Graham was his humility in the face of Christ! I remember when he began to preach in Eastern Europe. A Hungarian bishop who hosted him one day said, “You know the Communists said only bad things about Billy Graham, but now that I have been with him I know that his power comes from his humility before God!” It was an honor to accompany him on many of his trips to Eastern Europe where thousands suffering under communism were encouraged. Many gave their hearts to Christ. 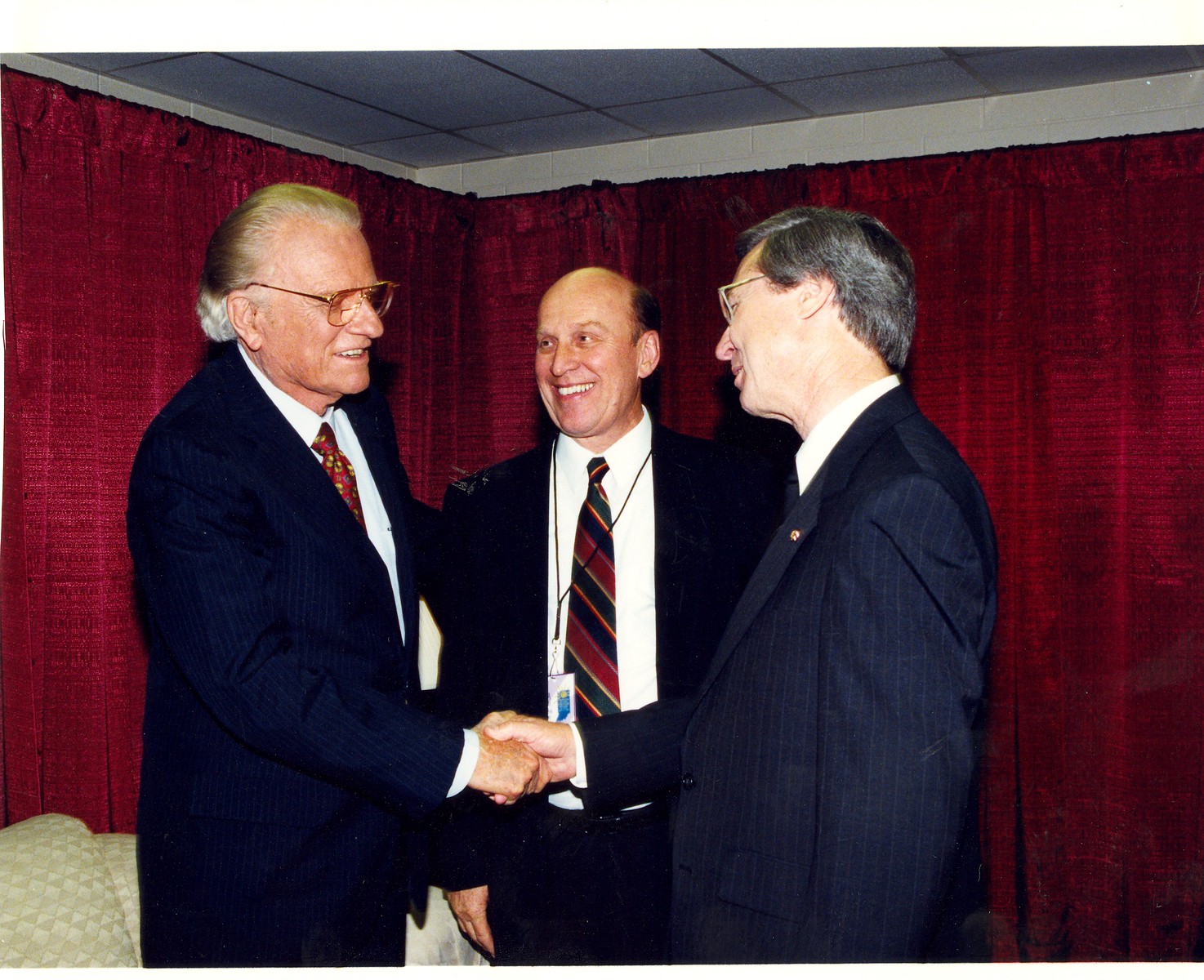 I remember during the Vietnam War when we were in Geneva and some students were protesting. Billy went up to them and in Christian love talked to them and befriended them. He was not ashamed of the Gospel. Whether speaking to kings or queens or peasant farmers he respected all peoples. One of his great contributions to America and the world was his call for racial reconciliation. He was a friend of Martin Luther King Jr. Both recognized the power of the Gospel.

Billy Graham was an evangelist for the world, beyond denominationalism. He called men and women to Christ, not to his own tradition. Pope John Paul II was his friend. Once when I brought the pope greetings from Dr. Graham, his eyes lit up and he returned the greetings with thanks. Nevertheless, Dr. Graham was pleased to be part of the Baptist tradition. Since 1950 until 1990 he preached at every Baptist World Alliance congress. In later years, he was distressed at the disunity among Baptists. The call of Christ was a call for unity. At the SBC (Southern Baptist Convention) Convention in 1995 in Atlanta, USA, he admonished us all, “Support the Baptist World Alliance!” It was always a joy to count on Dr. Graham’s support and encouragement.

Evangelicalism has lost its leader. It seems that we are now fragmented. But the question is not, “Who will be the next Billy Graham?” The question is, “Are Christians worldwide open to the movement of the Holy Spirit in their lives the way Dr. Graham was?” “The Lord giveth. The Lord taketh away. Blessed be the name of the Lord!”

The Baptist family around the world mourns the loss of this great man who did so much to advance the Kingdom of God here on earth.

The Baptist World Alliance, founded in 1905, is a fellowship of 238 conventions and unions in 124 countries and territories comprising 47 million baptized believers in 169,000 churches.