Baptists should shine their lights brightly 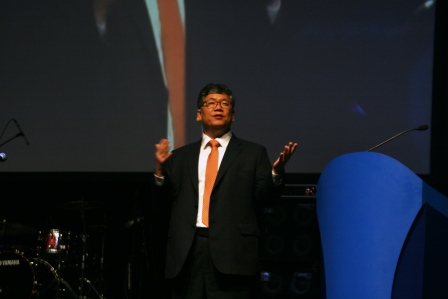 “Let us rejoice and celebrate.” With this announcement, Baptist World Alliance President John Upton officially declared the start of the 21st Baptist World Congress in Durban, South Africa, on July 22.

The roll call of the more than 80 nations encapsulated the celebratory atmosphere as more than 2,500 Baptists joined in singing songs such as “Shine, Jesus shine”; “Light of the world you stepped down into darkness”; “Lord, the Light of your Love is shining”; and “We are marching in the light of God.”

Keynote speaker Peter Chin of South Korea said that because the world is filled with so much darkness, it is imperative that Baptist Christians shine the light of Christ.

Chin declared that the darkness affecting humanity is reflected in suffering, death, ignorance, discrimination and abuse.

There is also darkness, he said, in the levels of deception and political corruption and oppression that exist. Economically, darkness is demonstrated in the levels of greed, poverty and debt that are so prevalent.

But worst of all, he said, there is “spiritual darkness, a darkness where people say there is no God.”

To overcome such darkness, the light that brings healing, forgiveness and life need to shine. According to Chin, such light comes only from Christ, who “holds the power to expel all darkness.” 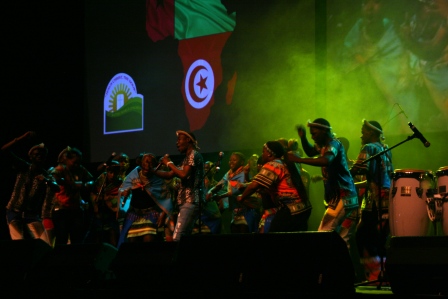 He stated that the light of Christ serves at least two functions. It eliminates darkness and it illuminates what is hidden.

Because darkness is so pervasive, Christians have a responsibility to shine the light of Christ in “our countries, our workplaces, our schools, our homes,” and to ensure that it shines in “our churches.”

Each Christian should ask, “Does my light still shine? Is my light’s radiance brightening the world around me? Or is it like the light of a dying ember, fading.”

Every Christian should “shine the brightness, the warmth, and the light of Jesus to the world he loves,” Chin announced.

The night was enriched by a cultural presentation by South African Baptists, recounting Baptist history in the country and the broader history of South Africa’s emergence from apartheid to being a “rainbow nation.”

Video of the opening celebration may be viewed here.