Baptists join others in mission during Rio Summer Games 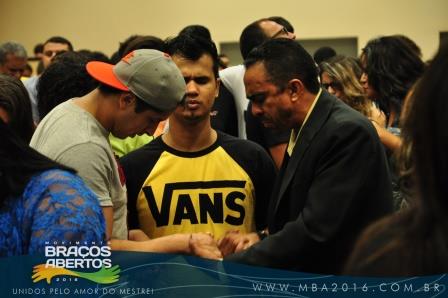 Baptists, along with other Christian traditions in Brazil, are engaged in mission outreach to the city of Rio de Janeiro and its visitors during the 2016 Summer Olympics and Paralympics. The Olympic Games will formally run from August 5-21 while the Paralympics will be held September 7-18.

More than 11,000 athletes from 206 National Olympic Committees are expected to participate in the Summer Olympics.

Dubbed Open Arms Movement (Movimento Braços Abertos) or MBA 2016, the mission initiative seeks to connect and coordinate “the involvement of evangelical churches and agencies in the proclamation of gospel before and during the Great Sport Events that will take place in the city of Rio de Janeiro in 2016.”

Declaring that “the Body of Christ will have a unique opportunity,” persons were encouraged to volunteer through prayer, training, giving and active witnessing.

It is a “unique opportunity to do missionary work or cross-cultural evangelism … and to proclaim the love of God by a culturally relevant way for those who are coming from other countries, including those countries considered closed to the gospel,” the planners stated.

“We pray for Rio de Janeiro city and state, Brazil and everything else we are going to do,” the organizers stated.

Baptist church groups from outside Brazil, such as the Seventh Day Baptist Missionary Society, have also planned short term mission trips to Rio to coincide with the Olympic and Paralympic Games.