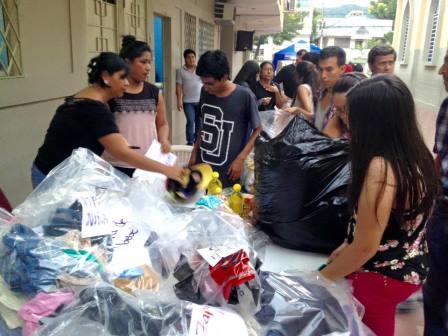 Baptists in Ecuador and other countries are offering emergency relief to those affected by the 7.8 earthquake that struck the country on April 16.

The congregation’s pastor is Parrish Jacome, Baptist World Alliance (BWA) regional secretary for South America and executive director of the Union of Baptists in Latin America. Jacome declared the earthquake as “one of the most terrible events to have happened in Ecuador.”

A Rescue 24 team comprising Hungarian and North Carolina Baptists in the United States arrived in the country on April 18. They are working with Ecuadorian Baptists to assist with search and rescue and to provide medical assistance, sanitation and temporary shelter to those in need.

“The Baptist Convention in Ecuador and all the churches have organized to send support and coordinate help coming from abroad,” Jacome said. “We are sending teams to the most affected areas for relief.”

Jacome said “the response team is still finding people alive under the wreckage. He told Christian Today that Ecuadorians are “facing a complicated and difficult situation.”

The BWA, which is still receiving donations, sent an initial sum of US$15,000 in emergency assistance.