Appeal made to Baptists to fight Ebola 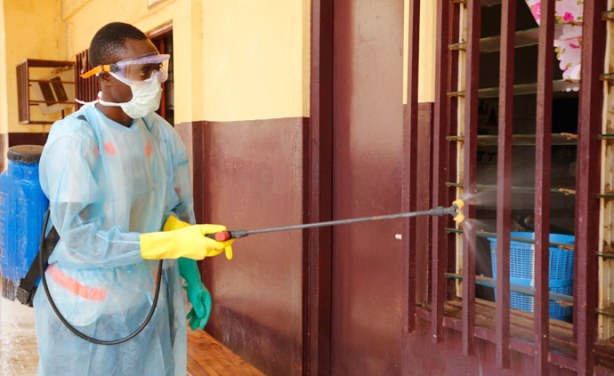 The Baptist World Alliance (BWA) is appealing urgently to Baptists to make generous contributions to help in alleviating the Ebola outbreak in West Africa.

The BWA sent an initial sum of US$5,000 to Sierra Leone to assist in a public education campaign about the disease.

Donations will be used to provide food, educational materials for the prevention of the spread of the Ebola virus, as well as materials and equipment to provide adequate sanitation for persons who have been affected by the crisis.

Baptists in Liberia, one of the countries affected, will focus on areas where economic conditions are difficult and are expected to get worse in the weeks and months ahead as the Ebola crisis deepens in the West African country. Those who have been internally displaced and laid off from work since the outbreak will be specially targeted.

Sierra Leone Baptists will assist persons that have been quarantined with food and medical supplies in areas such as Bo, Kenema, Makeni and Lunsar. Other initiatives include sensitization of church members on the signs and symptoms of Ebola, provision of plastic buckets with chlorine and educational workshops on Ebola.

The current Ebola outbreak first began in Guinea in March and has since spread to the bordering countries of Liberia and Sierra Leone. By August 20, the World Health Organization reported 2,615 suspected cases of Ebola with 1,427 deaths in Guinea, Liberia, Sierra Leone and Nigeria.